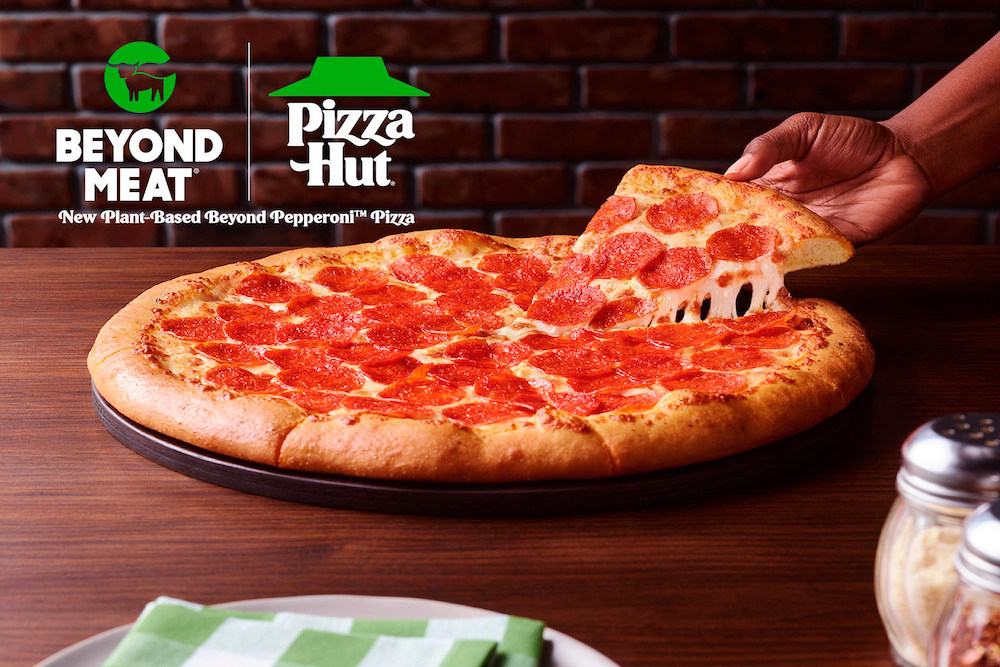 Pizza Hut has begun offering Beyond Meat’s vegan pepperoni as a limited-time topping in select locations, following up on its previous LTO featuring Beyond Italian Sausage last year.

According to a press release, the new Beyond Pepperoni Pizza will be offered at nearly 70 Pizza Hut stores, including Albany, New York; Columbus and Macon, Georgia; Houston, Texas; and Jacksonville, Florida.

According to a press release, the plant-based pepperoni, which is made of peas and rice, is “crisped and seasoned to savory perfection” and “delivers just the right amount of subtle heat [with] the same experience and taste of Pizza Hut’s classic pepperoni.”

In November, Pizza Hut introduced its Beyond Sausage Pizza and the Great Beyond Pizza for a limited time nationwide.

“We know there is strong consumer demand for pepperoni, and we’re thrilled to unveil a game-changing plant-based pepperoni topping as the next chapter in our innovation-focused partnership with Pizza Hut,” said Dariush Ajami, Beyond Meat’s chief innovation officer.