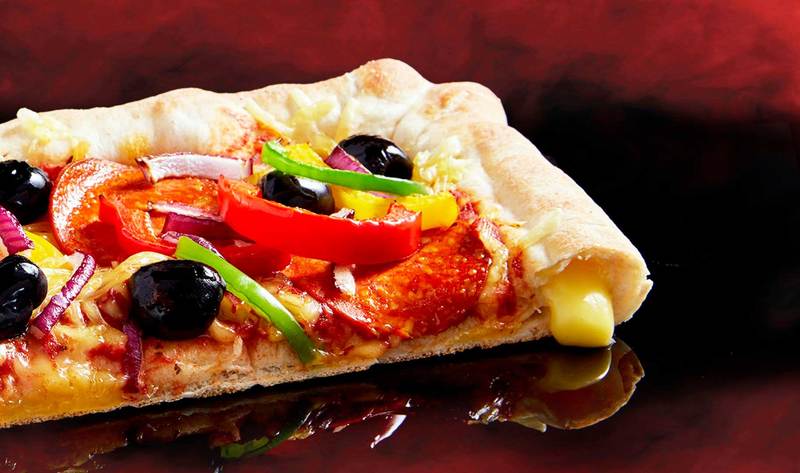 The chain launched its first vegan option in 2017, starting out by testing a vegan pizza topped with Violife cheese. The company added the vegan Jack ’N’ Cheese pizza in January 2019 to celebrate Veganuary. After reportedly selling more than 25,000 vegan pizzas in that one month, Pizza Hut UK made it a permanent item on the menu.

Now customers can order a crust filled with Violife’s vegan cheese for an additional £2.50. “We’re always looking into new and exciting ways to develop our menu,” said Ciara Grace, Pizza Hut UK’s senior menu innovation manager, in a press release. “The Vegan Stuffed Crust was naturally the next step for us to grow our plant-based offering at Pizza Hut Restaurants … We’re confident it’s going to be a hit.”

Pizza Hut UK now offers a dedicated vegan menu, with items like the Vegan Pepperphoni, the Vegan All About Mushrooms, the Vegan Hot ‘N’ Spicy Veg and the Southern Fried Nuggets made with Quorn.