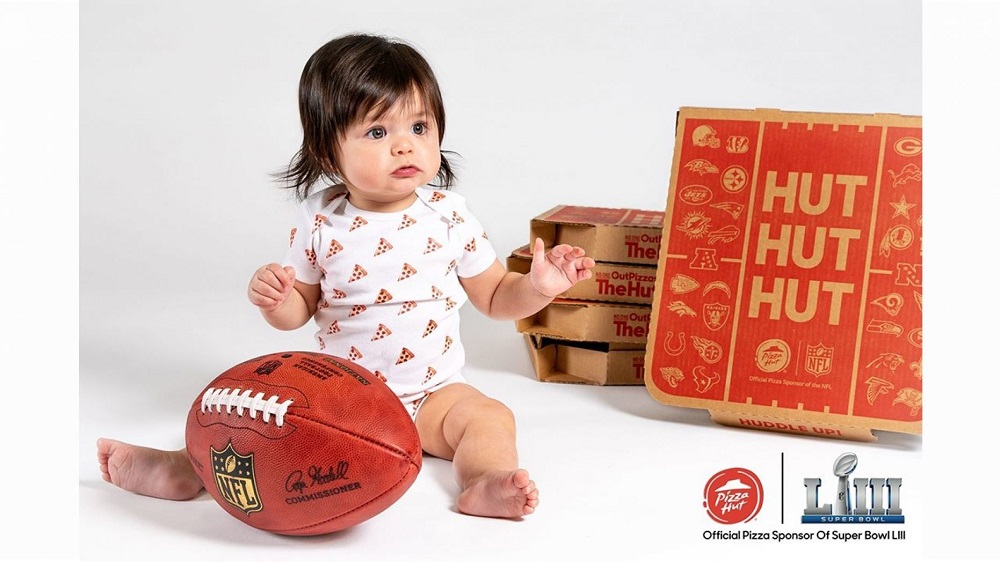 Congratulations—it’s a pizza! Oh, and congrats on that new baby girl (or boy), too.

As the NFL’s official pizza sponsor, Pizza Hut will award free food and tickets to next year’s Super Bowl to the family of the first baby born after the kick-off of this year’s big game, the company announced.

The restaurant, which has also temporarily renamed itself Pizza Hut Hut online, birthed the promotion in the heady aftermath of wresting away NFL pizza rights from its struggling competitor, Papa John’s. 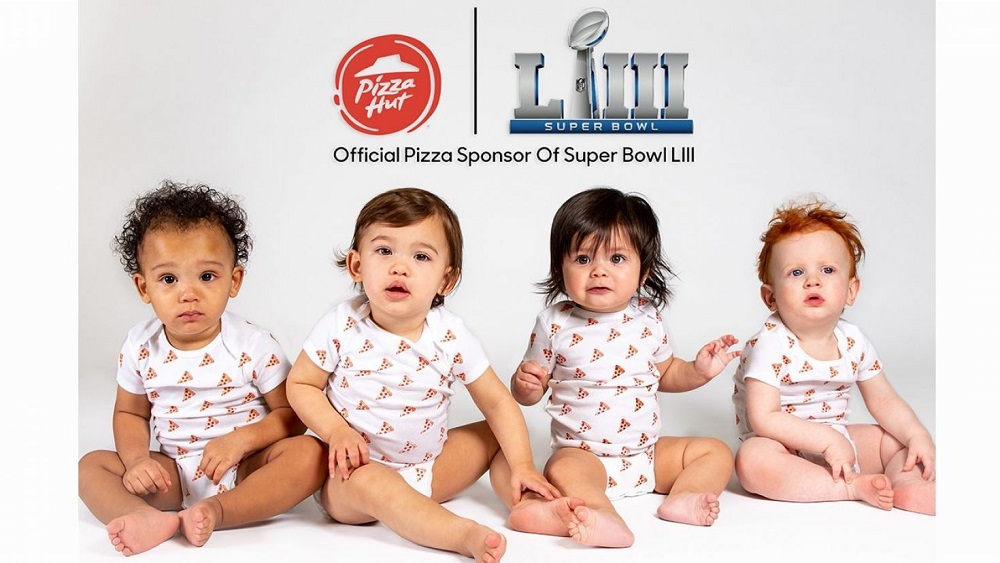 “If there’s one thing we’re more passionate about than pizza and football, it’s the family we get to enjoy it with,” said Pizza Hut Chief Brand Officer Marianne Radley in a press release. “Family celebrations and Pizza Hut have gone hand in hand for more than 60 years, so in our first year as the Official Pizza Sponsor at Super Bowl LIII, we wanted to show up for our fans who are in the unique position of expanding their family during the biggest NFL game of the year.”

“And as a mother of four,” Radley added, “I would have jumped at the idea of free, post-delivery pizza at the hospital!”

The winning family will receive free pizza for a year along with their Super Bowl LIV tickets. To enter, parents with a baby born during the game must post a photo of their little bundle of joy on Twitter, record the exact time of birth, tag @PizzaHut in the post, and use the hashtag #PizzaHutSpecial Delivery and #promotion.

Pizza Hut will also “overdeliver” to select fans by making free pizza deliveries to expectant families in hospitals in the Boston and Los Angeles areas, the company said.