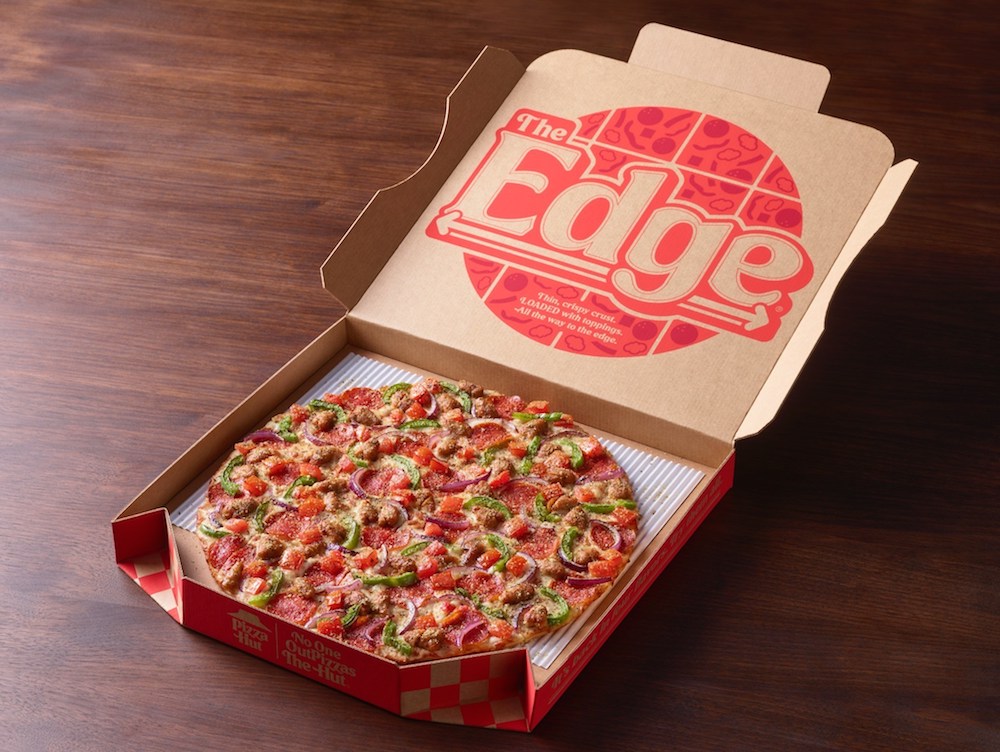 
Back when Pizza Hut was one of the industry’s leading innovators, it launched a tavern-style signature pie called The Edge that proved to be a customer favorite. Now it’s back to much media acclaim, and Delish.com praised it as “undeniably one of the best things the beloved pizza brand has ever dropped.”

A thin-crust specialty pizza, The Edge debuted in 1997 and quickly became a customer favorite. But it has only resurfaced occasionally in the past 21 years despite its popularity.

The cracker-thin crust is sliced into 16 squares and sturdy enough to support a plethora of toppings packed all the way to the edge of the pie. Varieties of The Edge include the Ultimate (pepperoni, Italian sausage, green peppers, onions and tomatoes); the Carnivore (pepperoni, ham, Italian sausage and bacon); the Vegetarian (green peppers, onions, mushrooms and tomatoes); and the Pepperoni Lovers (extra pepperoni).

Writing for Delish.com, Ni’Kesia Pannell said she “immediately went into fangirl mode” when she learned about the return of The Edge and tried it out. “Upon first bite, it was exactly the way I recalled it from more than 20 years ago,” she wrote. She noted that the pie’s signature garlic and herb seasoning “deserves to be talked about, too, because it gives each square the big finale that it needs to reach elite icon status.”

Pizza Hut General Manager David Graves said The Edge, which sells for $12.99, “is a pizza our customers constantly ask us to bring back. The bold flavor and aroma of The Edge Seasoning will instantly transport you back to a Pizza Hut.”

The pizza will be available for a limited time at participating Pizza Hut locations for $12.99.