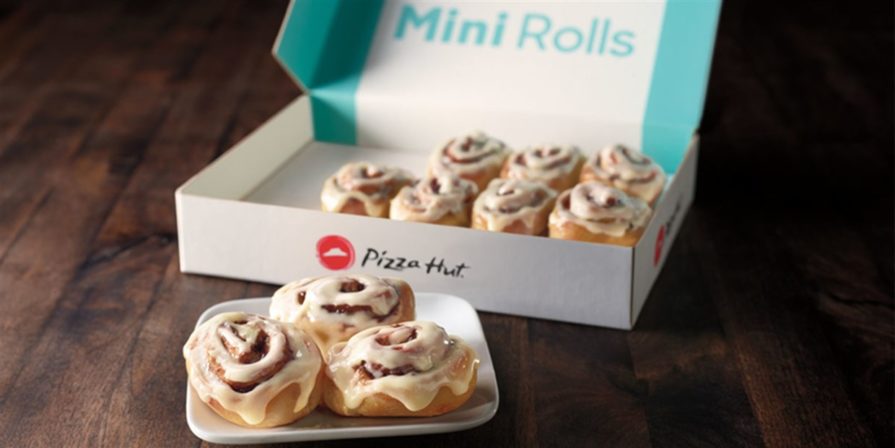 Pizza Hut has a sweet new deal for its customers—cinnamon rolls from Cinnabon delivered straight to their doorstep with their pizzas.

The pizza chain and Cinnabon have partnered to introduce Crafted By Cinnabon Mini Rolls exclusively at Pizza Hut restaurants nationwide. The dessert item—consisting of 10 miniature cinnamon rolls swirled with Makara cinnamon and topped with Cinnabon’s signature cream cheese frosting—are available for delivery, take-out and dine-in and will be a permanent addition to the menu.

Related: Snapchat users can now order Domino's with the push of a button

“There’s nothing better than polishing off pizza night with something sweet, so the new Cinnabon Mini Rolls are a perfect addition to our dessert portfolio,” said Pizza Hut Chief Brand Officer Marianne Radley in a press release.

Maya McDowell of Delish.com said the cinnamon rolls are “the perfect dessert to follow your pizza … I can tell you firsthand—they are amazing.”

Pizza Hut, which is trying to rebound after losing its spot as the country’s top pizza chain last year to Domino’s, is also testing beer delivery in select markets. The trial run started late last year in Phoenix and has since expanded to 100 locations in Arizona and California.