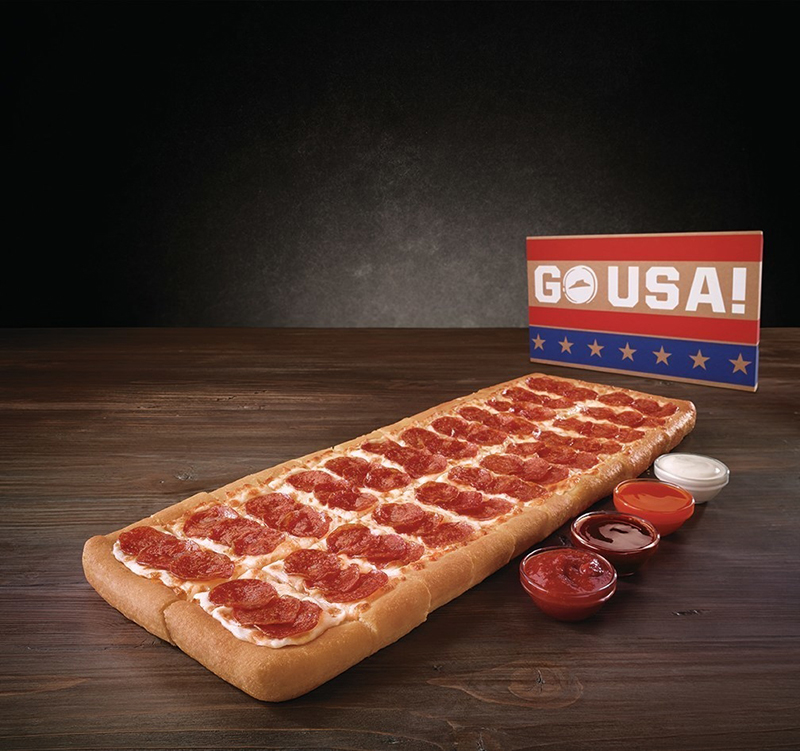 Just in time for the Summer Olympics, Pizza Hut has come out with a 2’ pizza and a special box that makes it pretty clear which team the megachain is rooting for.

The Big Flavor Dipper pizza will be delivered in a red, white and blue box bearing the words “Go USA” and the Pizza Hut logo. It just became available this week for $12.99.

“Just as athletes are dedicated to representing their country this summer, Pizza Hut is dedicated to delivering a special—and big—pizza experience to America’s fans with the Big Flavor Dipper pizza,” the company stated in a press release. It added that the pizza special is coming out “just in time to cheer on America this summer during the world’s biggest sporting event.”

The pizza includes one topping and comes with one of two sauce sets—the Classic or the U.S.A. Edition, with sauces such as Marinara, California Ranch, Texas Honey BBQ and New York Buffalo. “The excitement Americans have about being part of something bigger is rivaled only by our enthusiasm to be a part of their celebration this summer,” Dave Timm, Pizza Hut’s chief marketing officer, said in the release. “The sauces bring a new level of variety to an already big pizza.”

You can read the press release here if you’re into that kind of thing.