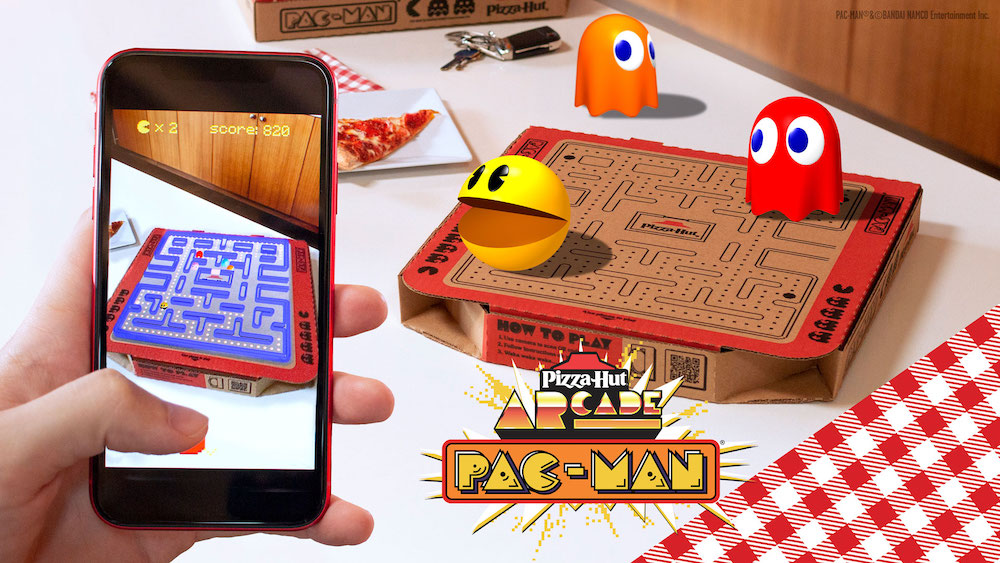 Pac-Man’s back at Pizza Hut, but it’s not quite the same game that your parents played while they were waiting for their pies in the 1980s.

As part of its NEWstalgia campaign, the country’s No. 2 pizza chain will offer a limited-edition series of delivery and carryout boxes featuring QR codes that lead to an augmented-reality version of the beloved arcade game. Customers can scan the codes with their smartphones to play the game and enter a contest to win an Arcade1Up Pac-Man game cabinet.

The goal is to rejuvenate Pizza Hut’s sales and make the brand more culturally relevant, according to Franchise Times. The company has brought in George Felix, the former marketing director for KFC, to serve as its chief marketing officer. Felix is known for bringing in actors like Rob Lowe and Jim Gaffigan to portray Colonel Sanders in KFC’s TV commercials, putting a funny new twist on an iconic character.

“We’ve created this world where it’s almost like his man cave,” Felix told Franchise Times. “Craig really embodies the pizza lover. He’s got that child-like exuberance but in adult form.”

The NEWstalgia campaign aims to conjure up customers’ fond memories from an era when Pizza Hut was the industry’s dominant force, particularly in smaller markets that didn’t offer many other sit-down pizza options, if any at all.

“It’s rooted in all the things that people love about Pizza Hut and the iconic elements of the brand—whether it’s the Tiffany lamps, the red cups, the red-and-white checkered tablecloth and, of course, our iconic pizzas,” Felix told Adweek. “And part of the experience that people used to have at Pizza Hut was playing the video games and the tabletop Pac-Man games. So it’s about making those things relevant in a new way.” 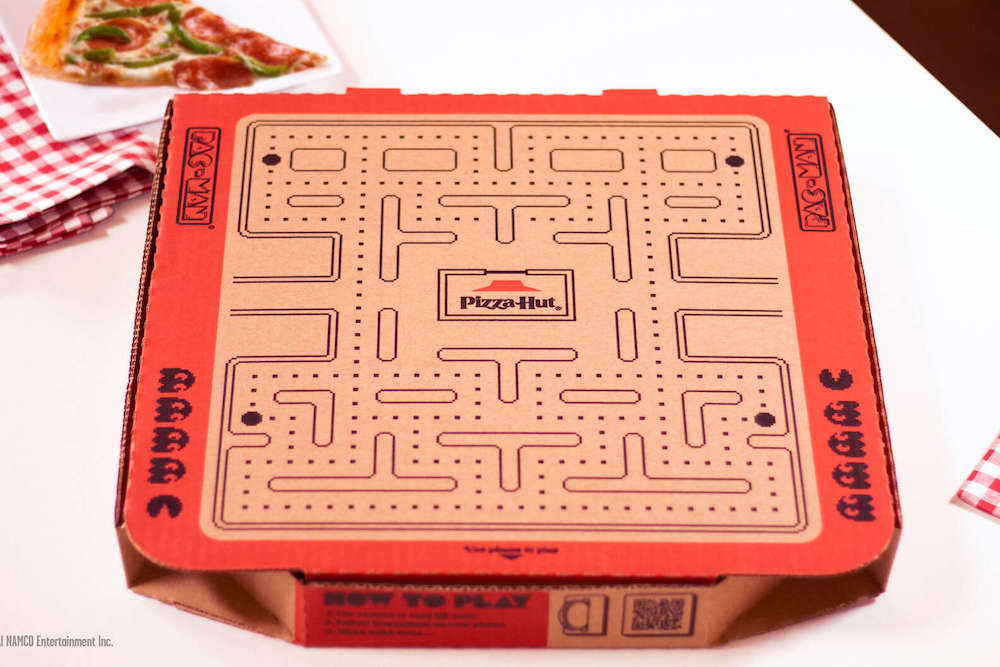 Pizza and Pac-Man fever just naturally go together anyway, notes a recent article on Mashed.com. Toru Iwatani, who created Pac-Man, has said he was feasting on a whole pizza while thinking about developing a new game focused on eating. “One slice in, however, he noted the interesting shape made by the pie with a piece missing,” the article states. “This shape would later become what Pac-Man looked like when his mouth opened during the game. And the rest, as they say, is history.”

In a press release about the NEWstalgia campaign, Yutaka Fuse, head of licensing and branding at Bandai Namco Entertainment Inc., raised the same point. “Pac-Man’s design and creation [were] inspired by the shape of a pizza with a slice taken out of it, making this partnership so appropriate for the Pac-Man brand,” Fuse said. “Pac-Man games and Pizza Hut pizzas occupy a special place in many people’s memories. We’re excited to have the opportunity to create fun memories for a new generation of Pac-Man and Pizza Hut fans through this collaboration.”