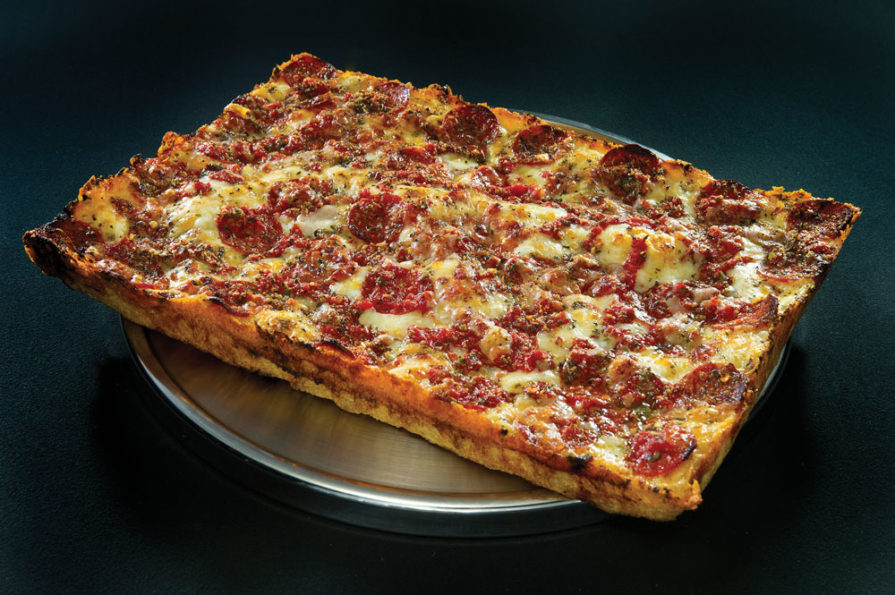 Pizza Hut is reportedly trying out a Detroit-style pizza similar to the one pictured here. (Photo by Buddy's Pizza.)

Is Pizza Hut quietly testing out a new Detroit-style pizza in Michigan? That’s the word from food news site Chew Boom, although the chain hasn’t made any kind of official announcement. Bob Miller of Chew Boom reports that a “fellow chewer” named Timothy “spotted the new offering at his local Pizza Hut in Jackson, Michigan.”

Miller points out that Detroit-style pizzas can’t be ordered online from Pizza Hut, “which suggests to me these are either regional items or being offered as part of a limited test market.”

Related: 8 facts you must know about Detroit-style pizza

He added that he has “also received reports of Detroit-style pizza sightings at select locations in Ohio.”

Timothy posted a video review of the Detroit-style pizza on YouTube (see below). He even brandishes a logoed Pizza Hut flyer that reads, “Introducing Detroit-Style Pizza—Crispy Crust. Extra Cheese. Toppings to the Edge.”

“One of the reasons I don’t go to Pizza Hut is because I only get, usually, Detroit-style pizza,” Timothy notes. He tried out a pie with hamburger, bacon and pepper rings and gave it a positive review. “Wow! Pizza Hut comes out of nowhere with a Detroit style and it’s good … I just got blown away!”