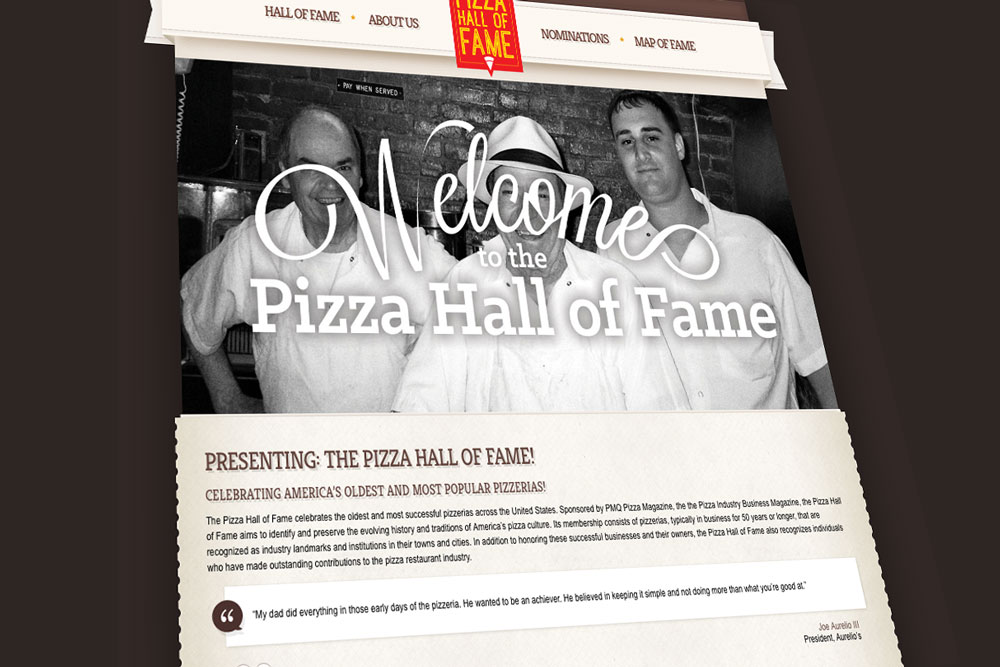 If you have ever wondered what Mona Lisa—the famously enigmatic model in Leonardo da Vinci’s legendary portrait—was grinning about, the folks at Lombardi’s Pizza (firstpizza.com) have a pretty good idea: a fresh, tasty, piping-hot slice of New York-style pie.

Positioned near the entrance at Lombardi’s, the first-ever pizzeria in the United States, a parody of da Vinci’s masterpiece—Mona Lisa presenting a cheesy, saucy pie beneath a swirling banner that reads, “You’re at Lombardi’s”—has become something of a Manhattan icon. Tourists pose for pictures in front of the mural; inevitably, some of them try to emulate the subject’s mysterious smirk before stepping inside for a coal-fired pepperoni pie or a calzone. It’s hard to imagine a better symbol for our industry. After all, pizza is the one food in this world that makes nearly everyone smile.

Pizza is so awesome that Americans celebrate it annually for an entire month: October, also known as National Pizza Month. Of course, like our readers, we at PMQ extol the many virtues of pizza every single day, but October is a special time of the year for us. That’s why we chose October to officially launch our new website, PizzaHallofFame.com, the only website paying homage to America’s oldest and most venerable pizza shops, using old photographs and articles culled from PMQ’s “Time Capsule” section (now to be renamed “Pizza Hall of Fame”).

It All Started With Lombardi’s

The Pizza Hall of Fame (PHOF) has actually been in existence for nearly 10 years. PMQ publisher Steve Green and then editor-in-chief Tom Boyles kicked it off by inducting Lombardi’s into the PHOF on November 1, 2005. “Pizza is such an integral part of the American experience,” Green says. “We wanted to commemorate its role—and, just as importantly, the role of the independent pizzeria operator—in our culture. We felt that no pizzeria better represented the American pizza phenomenon than Lombardi’s, a pizza store that first opened its doors in 1905.” 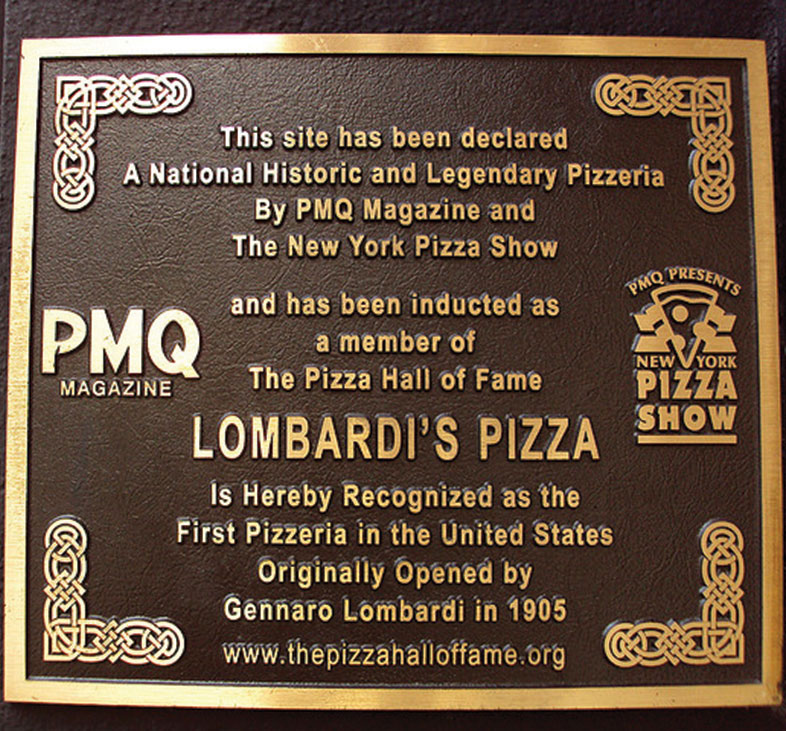 PMQ provided an engraved plaque for the occasion, and the marker continues to draw attention to this day, says John Brescio, current owner of Lombardi’s. “A lot of people come to Lombardi’s and take pictures in front of the Pizza Hall of Fame plaque,” he notes. “It’s a real compliment that PMQ recognized us and gave us that plaque. If our pizza was mediocre, we know they wouldn’t have given it to us!”

Since 2008 PMQ has spotlighted dozens of long-running pizza operations in its “Time Capsule” section. To be featured, the pizzeria needs to be at least 50 years old. “We have concluded that almost any pizzeria that has thrived for a half-century or longer probably deserves a spot in the Pizza Hall of Fame,” Green says. “The restaurant business is a highly competitive one, and the pressure is really intense for pizzeria operators, owing to the dominance of the major chains. If you come across a pizzeria, particularly an independent operator, that’s been in business for 50 years or more, you know they’re not just doing something right—they’re doing a lot of things right. And that kind of success and longevity makes them worthy of the Pizza Hall of Fame, we believe.”

Brescio, who has operated Lombardi’s since 1993, can certainly attest to the challenges of running a successful pizzeria. “It’s a hard job to get it right,” he says. “You can’t make everybody happy, but we make 99% of people happy. Anyone who wants to make good pizza comes and studies the way we do things here. Because of Lombardi’s, you can now find pizza everywhere.”

PizzaHallofFame.com presently features dozens of pizzerias, from Coletta’s in Memphis—a favorite haunt of Elvis Presley—to Sal & Carmine in New York and Nicolosi’s Italian Restaurant in San Diego. In the coming months, PMQ will continue to add new members, and every inductee will receive a special Pizza Hall of Fame membership certificate that can be framed and featured prominently in the restaurant. (PMQ will also provide free artwork that can be used to create an interior or exterior plaque for the inductee’s restaurant.)

The website isn’t just for pizzeria operators, though. As Green notes, PizzaHallofFame.com was created to appeal to everyone who loves pizza. Its retro-hip design makes use of vintage black-and-white photos and evokes a sense of fond nostalgia. It’s organized by region, from the Northeast and Midwest to the South and West Coast. Pizza fans can submit nominations for their favorite pizzerias to be considered for induction. Consumers can visit the site to learn more about their favorite pizzerias and learn about other pizza shops they haven’t discovered yet.

“Every pizzeria in the Pizza Hall of Fame—and each one that will soon be inducted—is a local landmark,” Green says. “These pizzerias are more than restaurants—they are institutions in their community. And the owners and managers and employees who come to work every day and toss that dough and sweat over that oven are the entrepreneurs and hard workers that have made America great.

“You can think of PizzaHallofFame.com as a sort of online love letter from PMQ to the pizza industry,” Green adds. “We are lucky to work in this business, serving the world’s greatest food to the world’s most appreciative customers.”