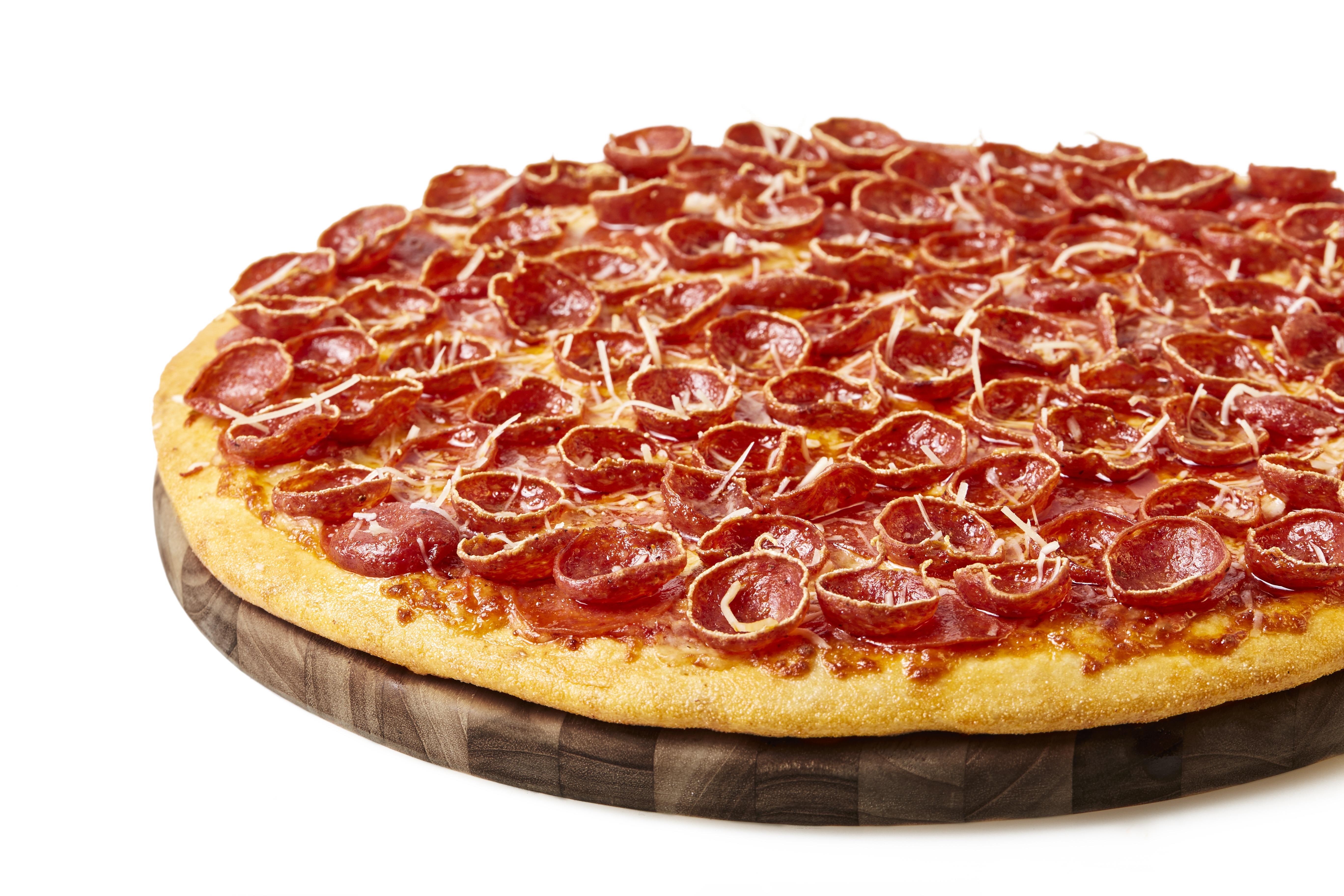 Headquartered in Rancho Cordova, California, Pizza Guys is serving up an interesting twist on a classic pepperoni pizza for a limited time only: the Cup N’ Crisp Pepperoni Duo.

Starting with Pizza Guys’ original crust and signature red tomato sauce, this new pizza features an ample amount of two types of pepperoni: the familiar taste of the classic pepperoni slices and the robust flavor of the Cup-and-Char pepperoni slices that curl up when baked, forming little crispy cups with smoky, bacon-like edges. It’s topped off with a three-cheese blend that combines the nuttiness of Parmesan with the buttery notes of Asiago and the mild tanginess of Romano cheese.

Pizza Guys was founded in 1986 by Shahpour Nejad and Reza Kalantar, who opened their first restaurant in California. In just a little over 30 years, Pizza Guys has more than 60 locations across California, Nevada and Oregon and is expanding into Washington, Arizona and Utah.