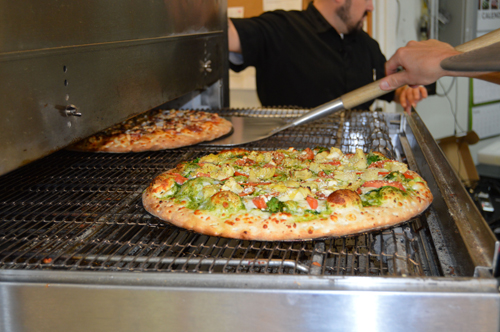 Pizza chains are backing a bipartisan bill that would allow allow food purveyors that mostly deliver to provide calorie information online and through mobile apps instead of on in-store menu boards.

Foxnews.com reports The Common Sense Nutrition Disclosure Act of 2015, introduced in April by Rep. Cathy McMorris Rodgers, R-Wash., and Rep. Loretta Sanchez, D-Calif. is a response to FDA rules requiring food and retail shops with more than 20 locations to post the menu information starting December 1, 2016. Pizza giants like Pizza Hut and Domino's say millions of potential topping combinations make building boards unreasonably costly. A Missouri Domino’s franchise owner said it would cost him $5,000 to build the boards, despite the fact that more than 90% of Domino’s business is initiated on the phone or online. Domino's adds that it already offers nutritional data online and that menu boards are used in only 1.5% of total orders each day. The bill currently awaits action in the House Energy and Commerce Committee. Sponsor  Rep. Rodgers says: “This is commonsense legislation that provides access to caloric information in a practical and flexible manner by clarifying, not significantly altering, this complicated regulation.”  The American Pizza Community — a consortium including Domino's, Pizza Hut, Little Caesars and Papa John’s is lobbying to pass the legislation.