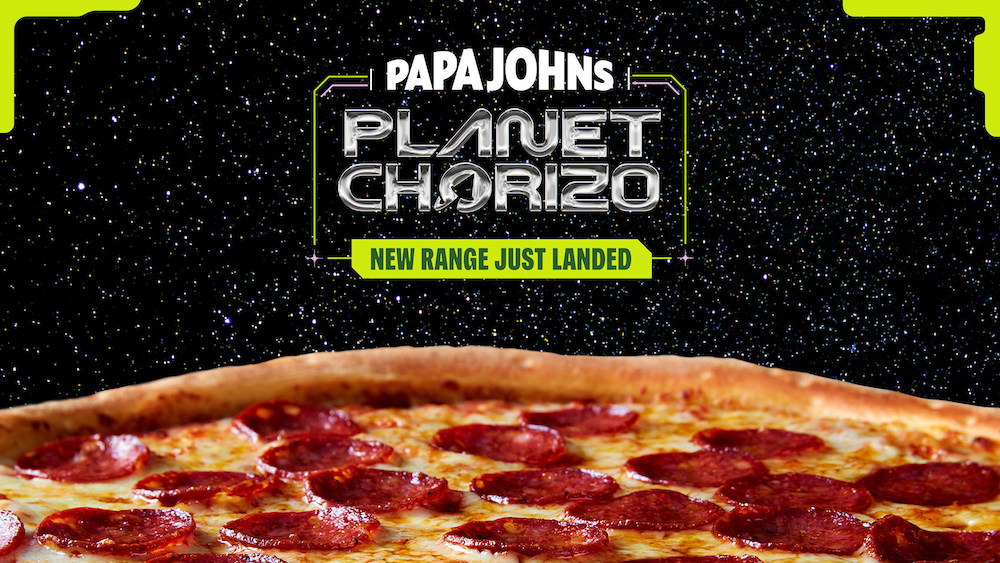 What does outer space taste like? Think chorizo sausage. At least, that’s what Papa Johns says about its new range of “space-flavored” pizza and other menu items, which represent “a giant leap for mankind,” according to the chain.

Inspired by chorizo’s fame as the world’s furthest-traveled sausage—Spanish astronaut Pedro Duque took it into space with him in 1998—the new Planet Chorizo range combines chorizo’s flavors with Papa Johns’ signature pizzas, Papadias and rolls.

Dr Chris Welch, the former vice-president of the International Aeronautical Federation, analyzed the composition of the new range and “uncovered the striking similarities between the tastes, textures and appearance of chorizo and space,” Papa Johns said in a press release. 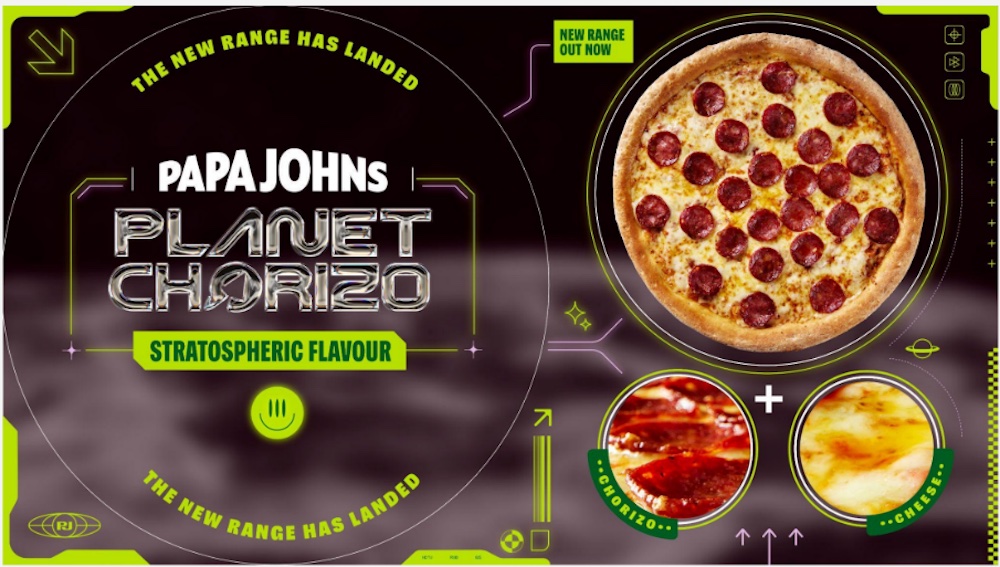 “Spicy flavors like chorizo have long been a favorite space food among hungry astronauts, which is why it has enjoyed such a rich space heritage,” Welch said. “But, surprisingly, as recent evidence has revealed, its flavors and distinct aromas could really be considered out of this world—with traces of the same aromatic compound thought to be found in both space and chorizo.”