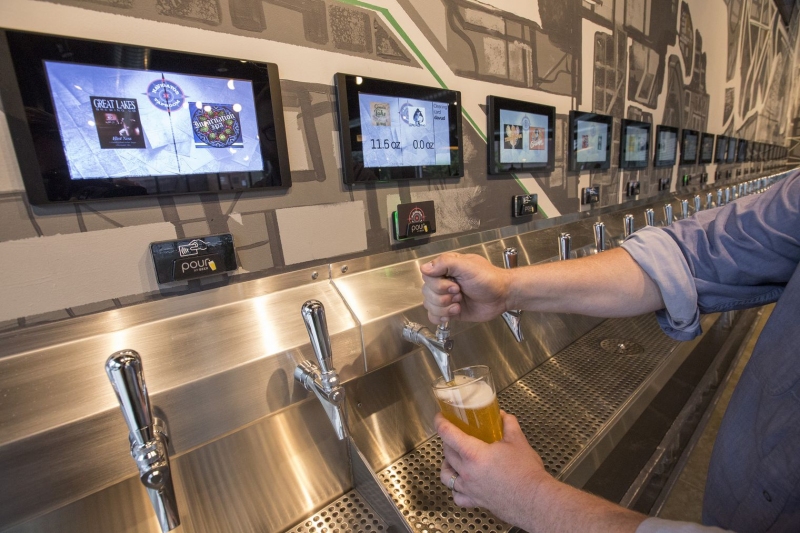 Self-serve beverage systems have been around for years in the soft-drink arena. These popular kiosks allow customers to individualize their drink orders without labor from restaurant staffs. Self-serving alcohol systems are now able to perform the same function as their soft-drink cousins. Pizzerias are a prime market for these systems due to their ease of use and efficiency, not to mention the fact that beer and pizza together make one of life’s most satisfying pleasures. One great feature of these self-serve alcohol systems is that they are incredibly efficient, sometimes reducing wasted product in the form of foam by almost 99%.

How do they work?

In a typical self-serve beer system, customers will “check in” at a station by providing their ID (to prove they are of legal drinking age) and a credit or debit card. At this point, they are given access to the “beer wall” via a RFID (radio frequency identification) card. The store owner can calibrate the system to limit the number of beverages (or ounces) poured per card and prevent customers from over-indulging.

A newly opened Pizza Factory store in Reno, Nevada, installed a beer wall developed by Chicago-headquartered PourMyBeer. “We have four touch screens on the beer wall, each with three different selections on there, so currently we are running 10 beer choices and two wines,” said owner James Huffman. “Instead of a pitcher of beer, they might just want one beer, so for five dollars, we debit their card they use at the wall with five dollars, and they pull whichever selection they like. Most customers opt to open up a tab, and they pay when they’re done. It also gives us an opportunity to [cut off] someone who maybe has been drinking before they got here.” 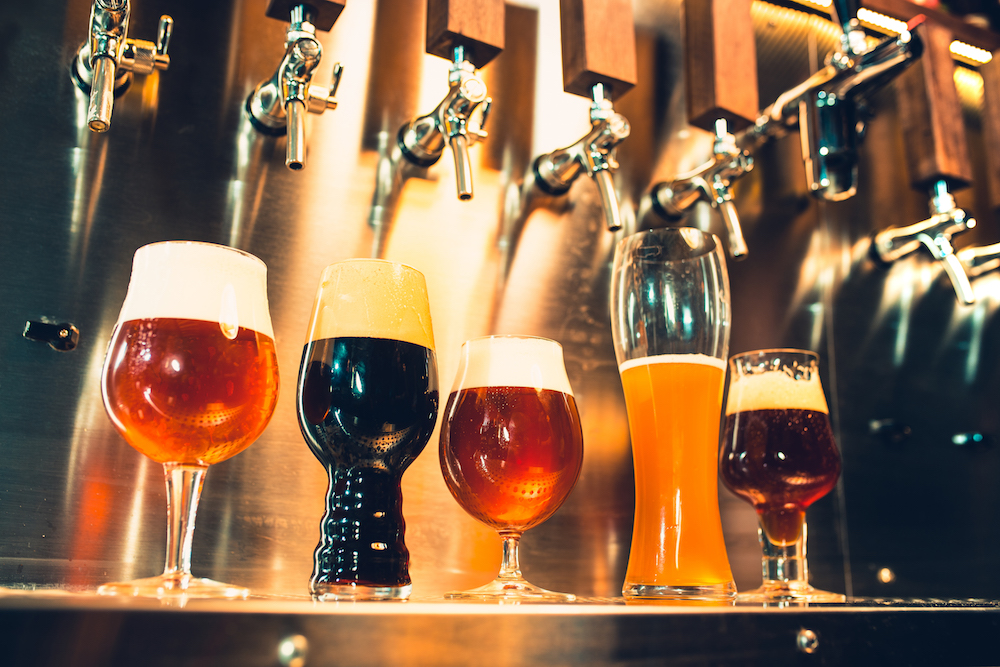 Huffman says one of the best features of his beer wall is minimization of wasted product. “This is our second Pizza Factory,” says Huffman. “At our [other] store, we have a more traditional draft system. The difference in profits between the two are night and day. With the PourMyBeer system, we have almost zero waste. The way the system is set up, you don’t lose foam down the drain like you do with a traditional draft system.”

The self-serve beer wall has also helped boost Huffman’s sales. “We end up buying $800 to $900 worth of beer every month, and my sales are averaging about $3,800. At the other store, I buy the same amount of beer, but my sales average $1,700 to $1,800 per month. The other advantage is that you don’t offer volume discounts like a traditional system. At our other store, we charge one price if you get 12 ounces. If you buy 16 ounces, you get it a little cheaper per ounce, and if you get a pitcher, you get a big discount. Here, whether you get one ounce or 60, it’s the same price.”

In addition to reducing waste and overhead for the store owner, self-pouring beverage systems are a big hit with consumers. “The customers, 95% of the people really like the system,” Huffman says. “They like the ability to go up and just get a couple ounces of a given beer to see if they like it. They don’t have to buy a whole beer if they don’t like it—they just pick something else. They only pay for the couple ounces of the beer they got. Customers will bring their friends in to show them the system. Overwhelmingly, the response has been positive, and we’re really happy with it.”