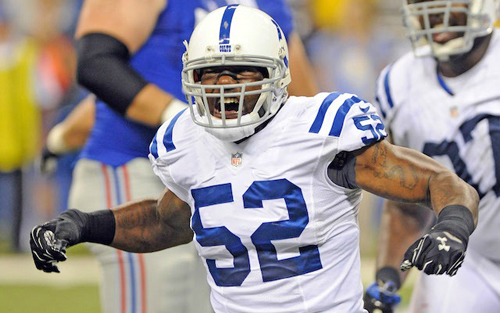 Football season is over but Colts linebacker D'Qwell Jackson recently mistook a pizza delivery guy for an enemy running back.

CBSsports.com reports that Jackson on Feb. 3 threatened to kill the driver for parking in his assigned space. The Colts linebacker was arrested Tuesday night and charged with simple assault after an incident in Washington, DC.

Read more about the sometimes violent relationship between football players and pizza.