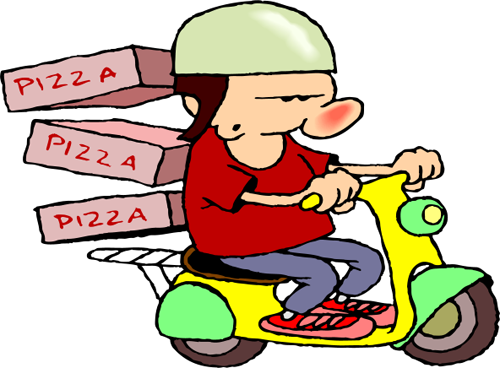 Pizza delivery drivers were the unsung heroes of the Super Bowl. A crew from Bakersfield, California explained what they like about working during America's biggest media-manufactured holiday.

The drivers told Channel 23, the local ABC television affiliate in Bakersfield, that the kitchen inside Rusty's Pizza Parlor on Niles Street was fully staffed Sunday afternoon. They were expecting to make around 250 pizzas by the end of the day. Twelve drivers were called in for delivery but you probably will not hear any complaining from them. The high volume of orders means more tips they can put in their pocket. During Super Bowl weekend Americans consume more chicken wings and pizza than almost any other day. But how do those pizzas get to your table? It's the unsung heroes of Super Bowl Sunday: pizza delivery.

One driver, Tina Tydeman, has been delivery pizzas for seven years. She says she enjoys customers but the busy nature of Super Bowl Sunday meant she was needed to make potato wedges in the kitchen as well.

Read more and watch this video describing how Tina and other drivers try to serve customers efficiently — and with a smile.