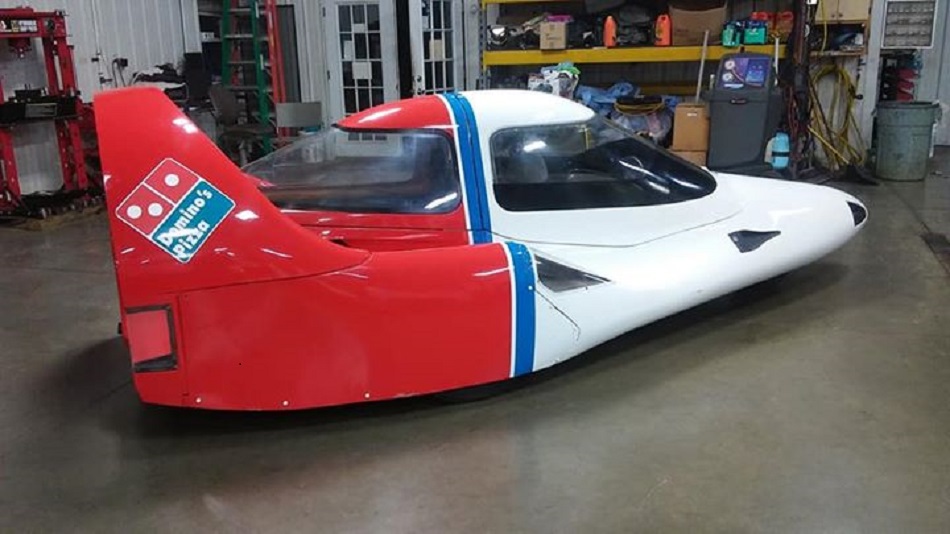 It’s a relic of the past, but the Triton A2 was once seen by Domino’s as the pizza delivery vehicle of the future.

Now automobile enthusiasts can soon purchase one of the few existing Triton A2s from a Tupelo, Mississippi automobile museum.

The cars were manufactured in the early 1980s by Triton Ventures, a car manufacturer in Ann Arbor, Michigan, that is no longer in business, according to TheDrive.com. Domino’s contracted with Triton to build 10 Triton A2s—short for Aerocar 2—as a prototype delivery car with a futuristic, “space-age” design. Plans called for the car to be tested at select locations and eventually rolled out nationwide.

“A 30-horsepower, 440cc air-cooled Syvaro rotary engine powers the 899-pound A2, enabling the car to crawl from zero to 60 in around 17 seconds,” according to TheDrive.com. “Its unique wedge-shaped styling relied heavily on aerodynamics to make the car fuel-efficient and require less power than a typical car. A three-wheel layout also classified the car as a motorcycle in many states, which leads us to believe this is what Domino’s was banking on for its speedy delivery promises.”

The driver entered the car by pushing the wrap-around windshield and roof forward and climbing inside a cockpit-like seating area. The A2 had two center-positioned seats—one to hold the pizza—and a telescoping steering wheel. However, the car was ultimately deemed impractical and never used for pizza delivery. 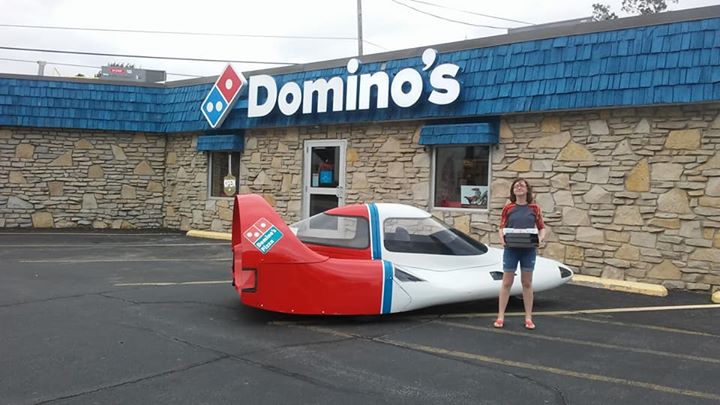 Domino’s is presently working on another delivery car of the future—this one driverless.

One of the Triton A2 cars was recently sold on Facebook Marketplace for $23,000.  The seller said the car was “the only one known to run and drive on the road” and described as “fully street legal, in good operational condition.”