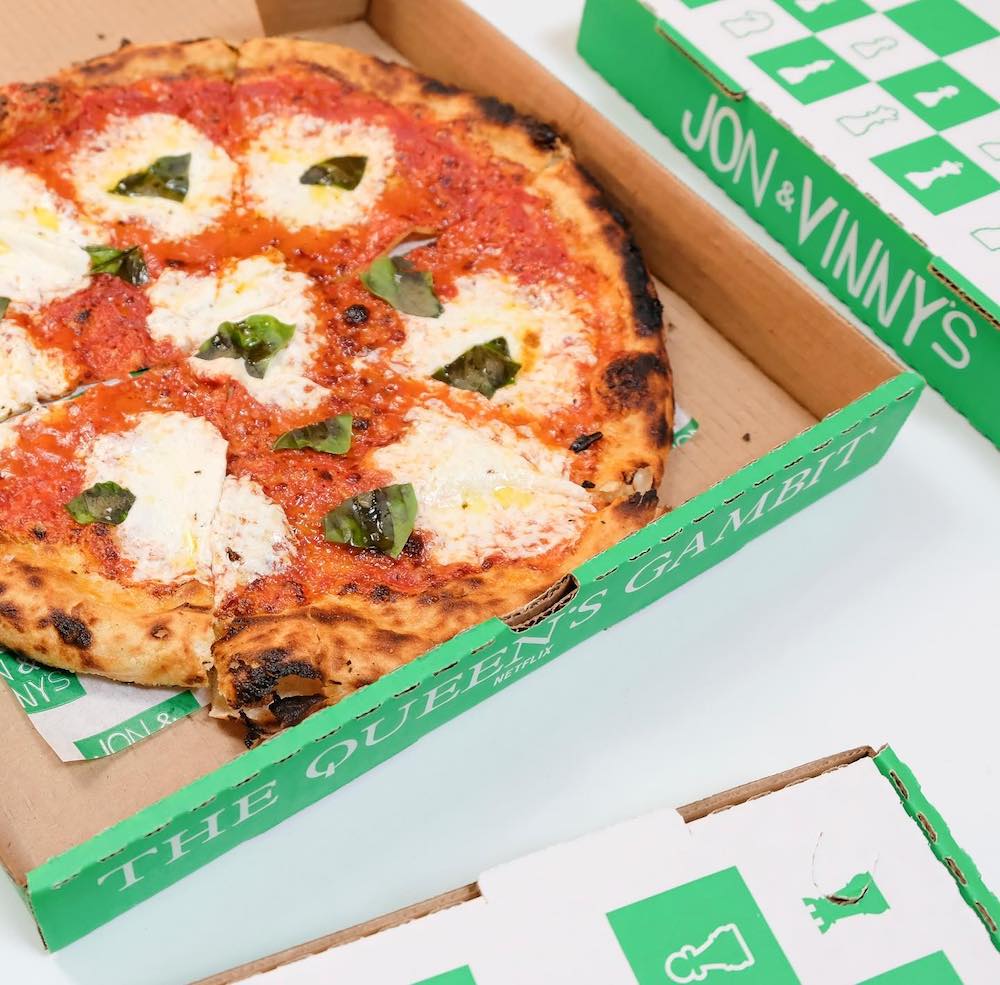 Related: Can this pizza help bring peace to the Middle East?

The Los Angeles eatery Jon & Vinny’s had a big-name partner in its latest promotion: Netflix, which has launched a massive campaign to win an Emmy Award for its popular limited series, “The Queen’s Gambit.”

So how do you use pizza to earn an Emmy? You offer a free chess set with every delivery, obviously.

The Jon & Vinny’s green and white cardboard pizza boxes were redesigned into chess boards for the campaign. Each pizza order included a 32-piece black and white plastic chess set packed in a branded “The Queen’s Gambit” bag. The bags came with a hang tag featuring actress Anya Taylor-Joy and a QR code on the back that linked to a “For Your Consideration” page on Variety’s website.

Customers automatically received the boxes and chess sets when they ordered from either Jon & Vinny’s location—in Fairfax and Brentwood—from Thursday, June 10, through Sunday, June 13.