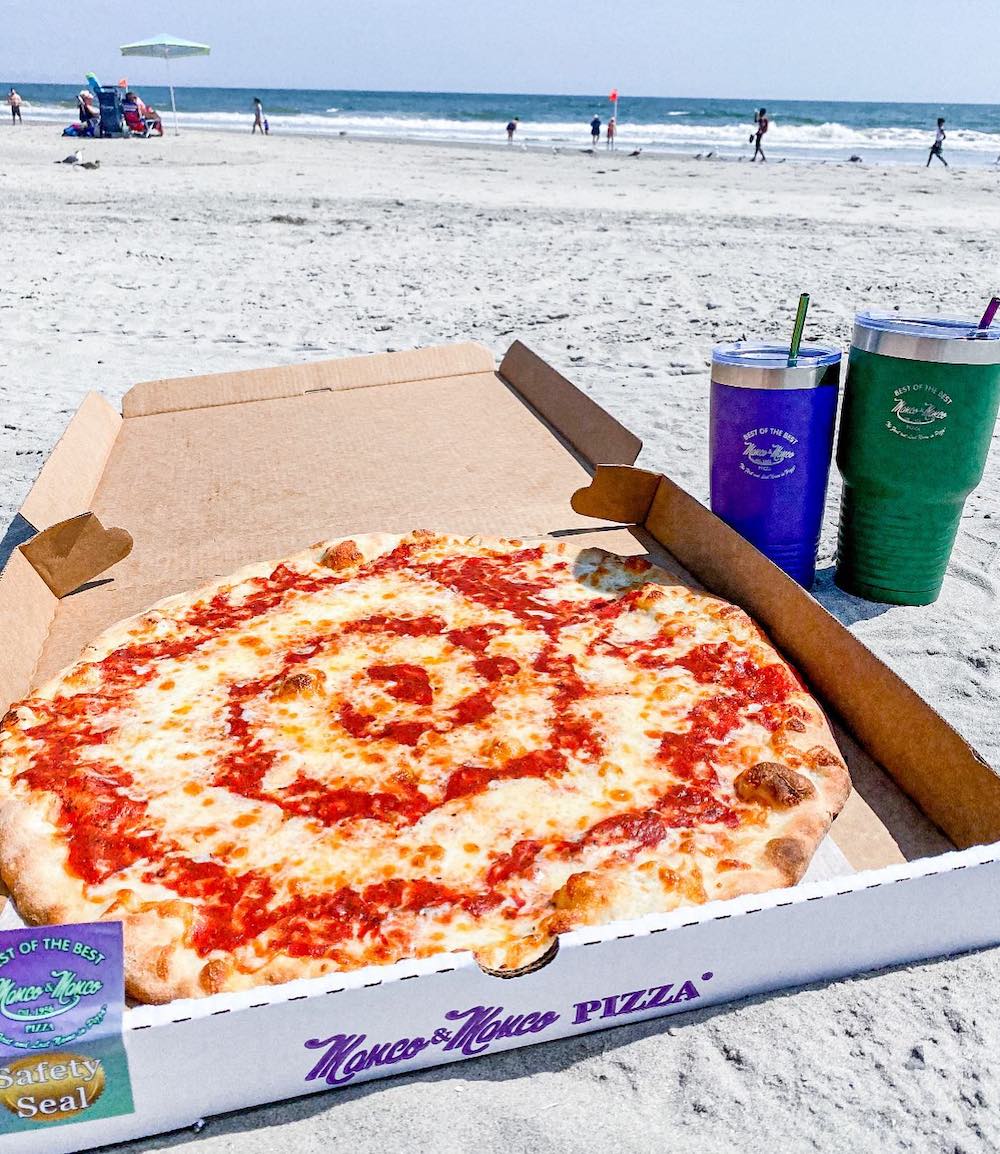 Manco and Manco Pizza in Ocean City, New Jersey, is a popular pizza hotspot on the Boardwalk.

Although the American Forest & Paper Association (AF&PA) last year declared that pizza boxes are recyclable—even if they’re stained with grease and cheese—they still pose a litter problem in many cities. Ocean City, New Jersey, has hit upon its own novel solution to the problem of pizza trash.

The city has installed pizza box disposal units—essentially trash cans sized specifically for pizza boxes—along its famous Boardwalk, according to OCNJ Daily. The units look like any standard Boardwalk trash can, with the standard shade of blue, but they’re distinguished by the “Pizza Boxes” lettering on the sides.

Most pizza boxes aren’t designed to fit in typical trash cans and end up obstructing the receptacle’s entry point. And since many still view them as unrecyclable, they were creating a litter problem for Ocean City, a major tourist destination. The city first started using them in the summer of 2020 as outdoor dining became more popular during the pandemic. Now they can be found outside every pizza restaurant on the Boardwalk.

“They really helped last year,” Michael Rossbach, Jr., Ocean City’s operations coordinator, told OCNJ Daily. “With all of the outdoor dining last year, we needed somewhere to put these boxes. There was an instance of a stack of pizza boxes seven feet high. This year, things have been cleaner and the boxes easier for the city to dispose of.”

According to July 2020 industry guidance from AF&PA and a study by member company WestRock, the presence of grease and cheese at levels typically found on corrugated pizza boxes doesn’t make them unrecyclable. “Consumers should not be concerned about grease and cheese—simply remove any leftover pizza and place the box in the recycle bin,” AF&PA President and CEO Heidi Brock said at the time.