According to a report from the Associated Press, “the chief executive of the Little Caesars Pizza Bowl says he still hopes for the game to have a tie-in with the Big Ten.”

“George Perles (PER’-less) said Wednesday he expects to know by next week if the former Motor City Bowl will reach an agreement with a Big Ten or Big East team to play a Mid-American Conference school. Big Ten spokesman Scott Chipman said the conference is still in talks with bowl officials in Detroit. The bowl changed its name after Detroit-based Little Caesars stepped in as sponsor. The game is played at Ford Field, home of the Detroit Lions.” 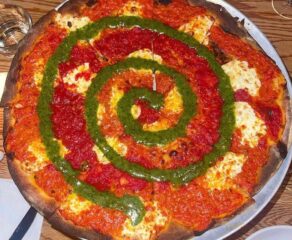