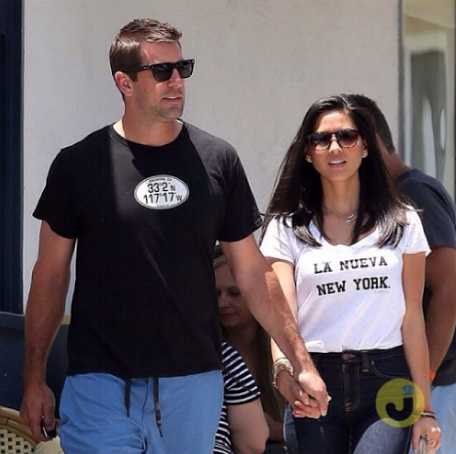 NFL superstar quarterback Aaron Rodgers may be a former celebrity spokesman for Pizza Hut, but some folks in Green Bay say he and his girlfriend, Hollywood actress Olivia Munn, are secretly fans of Figaro’s Pizza. 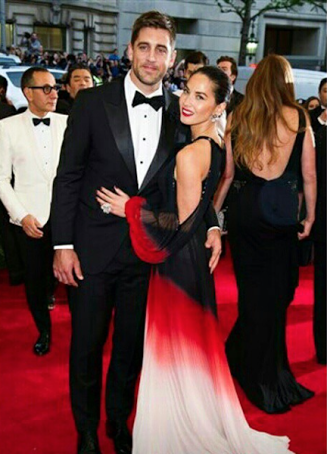 Munn has publicly declared her love for all things Green Bay, prompting Chicago Tribune reporter Chris Kuc to “gauge the power couple’s presence” in Green Bay over Thanksgiving weekend, just in time for the Bears-Packers game. Kuc checked out Maplewood Meats, which Munn has been known to frequent, and a Piggly Wiggly where both Rodgers and Munn have reportedly shopped for groceries. Piggly Wiggly owner Chris Olsen then pointed the reporter to Figaro’s, where an employee “does acknowledge that the store has delivered pizzas to Rodgers’ house” but refused to offer details about his famous customers’ preferences.

The article doesn’t state when Figaro’s last delivered pies to Rodgers and Munn, but the company’s CEO, Ron Berger, confirms that Rodgers was a customer in the past. “After the Packers won the Super Bowl several years ago, Rodgers flew back to Green Bay for the Lambeau Field welcome of 70,000 fans scheduled for 1 p.m. that day,” Berger told PMQ.com in an email. “However, on his way to the field, Aaron, driving himself in his own pick-up, pulled into the Howard, Wisconsin, Figaro’s [store], enjoyed a delicious Figaro’s pizza and then drove to the celebration.”

Berger notes that this visit took place before Rodgers signed on with Pizza Hut and that the Super Bowl MVP has not shown up at the Figaro’s shop since then.
“But we and our drivers do know where he lives,” he adds.

In case you’re wondering, the Chicago Tribune article paints Rodgers and Munn as a friendly, accessible, down-to-earth couple. Munn often pops into local stores with her dog in tow, but this is no snooty-looking poodle named Fifi, according to JR Schoenfeld, owner of Chives Restaurant. “It’s funny because you expect it to be some foo-foo thing, and it’s kind of a mutty dog,” he said.

Click here to read Kuc’s article in the Chicago Tribune.