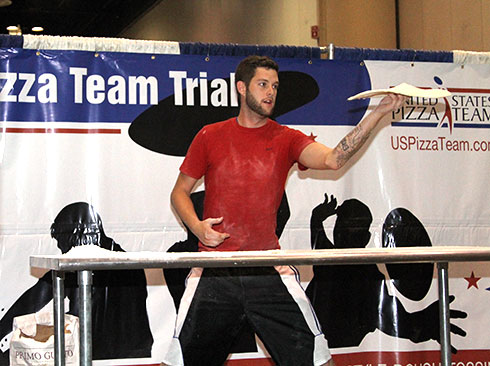 Pizza Pizzazz is a catchy way of describing the hold our favorite food has on our collective imaginations — it's also the name for the best-tasting pizza event at The North American Pizza and Ice Cream Show. NAPICS (an annual event) was held Feb 15-16 at the Greater Columbus (Ohio) Convention Center.

Reporting in the Columbus Dispatch, food writer Lisa Abraham detailed how the show (NAPICS)  is the largest trade event east of the Mississippi River for the pizza industry and drew attendees from as far away as Washington state and Alabama. The top winners in two categories each took home $6,000, but, more important, they won bragging rights to advertise their pizza as a champ.

Those bragging rights often prove every bit as valuable as the money, said Dublin resident Craig Peterson, who has organized the competition for the past 15 years. A winning pizza bestows the marketing power to turn a mom-and-pop pizza shop into a chain, he said.