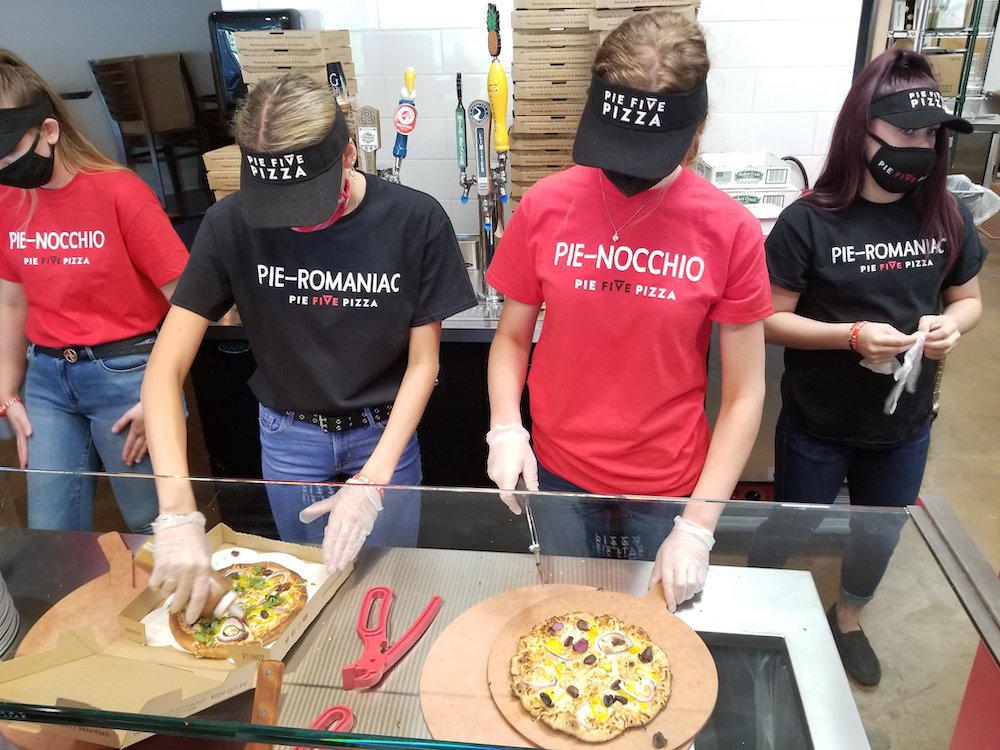 Pie Five Pizza, the struggling sister company of Pizza Inn under Rave Restaurant Group, has reinvented its pan crust option—now called the Panzano Pan Pizza—and modified its pizza recipes and pricing strategy in hopes of revving up sales after a disappointing 2020.

The new Panzano features a Tuscan marinara sauce, shredded mozzarella cheese and the customer’s choice of toppings. Once out of the oven, the crust is finished with a garlic-butter blend that includes Parmesan and Romano cheeses and Italian seasoning. The result, the company said in a press release, “is a thick and crispy crust with a golden-brown bottom that’s soft on the inside and packs full flavor in every bite.”

“Not many fast-casual pizza brands have the ovens to offer something like this,” said Pie Five Director Adam Schmidt. “Our competitors may try to emulate this, but they won’t achieve such a crispy exterior and fluffy center.”

Additionally, the company said all of the Pie Five pizza recipes have been updated to enhance the flavor, including the chain’s most popular menu item, the High Five Meat. The recipe for that specialty pizza has been updated to include more bacon, beef and sausage to complement its new crust.

“We are offering a completely unique craft product that simply can’t be found anywhere else,” said Patty Scheibmeir, lead of R&D and culinary innovation for Rave Restaurant Group. “Each of our Pie Five locations uses dough that is house-made from scratch every morning. House-baked and fried until it is crispy on the outside with a fluffy center, we are proud to debut the ultimate pan pizza crust that is unlike any others on the market. We are confident those who have loved pan pizza for years will enjoy the Panzano and consider it the new standard of pan crusts.”

The Panzano crust joins several other crusts offered by Pie Five Pizza, including the thin and traditional Italian as well as cauliflower and gluten-free options.

Pie Five Pizza has been shedding unprofitable U.S. stores for the past couple of years, including 10 in its third quarter of fiscal year 2020. In its report for the second quarter of fiscal year 2021, the company said its comparable store retail sales had decreased 16 percent compared to the same period in the previous year. It’s now operating just 37 stores nationwide.

In that same report, Rave Restaurant Group CEO Brandon Solano said the company had tested a new pricing strategy in select stores during the second quarter and touted the promise of the new Panzano offering. “Test stores outperformed the rest of the Pie Five system by double-digit percentages in increased traffic and sales,” Solano said. “Panzano pan pizza is something most other fast-casual pizza players are hard-pressed to duplicate due to our oven technology and is amazingly craveable.”

Pie Five sister chain Pizza Inn’s domestic comparable store retail sales declined 18% in the second quarter of fiscal 2021 compared to the same period of the prior year. Pizza Inn now has 142 stores in the U.S.