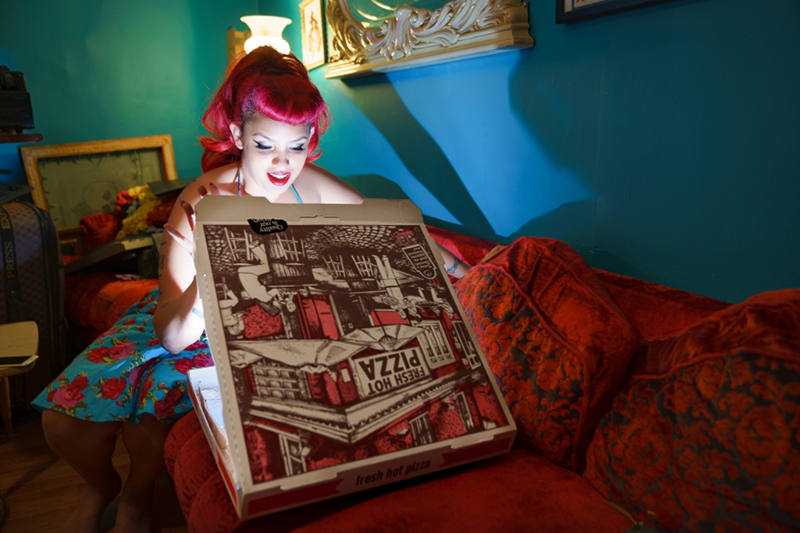 Admit it: Once you’ve got that pizza box in your hands, you can’t wait to open it and take a gander at—and a big whiff of—that delicious pie. New York photographer Chris Gampat knows exactly how you feel and has captured the excitement in a series of photographs called “The Secret Order of the Slice.”

A Brooklyn photographer specializing in photojournalism, weddings, portraits and fashion shoots, Gampat serves as editor-in-chief of several online photography publications, including The Phoblographer and La Noir Image. On his website, he writes that he hit upon the idea for “The Secret Order of the Slice” after ordering pizza during a get-together with some friends. “As my friend opened the box, another friend of mine sounded that very typical angelic song,” he writes. “Then I had an idea: What if I opened the box and put a light inside, and it was almost like a holy light? Kind of like what you’d see in Pulp Fiction with the briefcase scenes.”

After spending a year and a half sketching ideas for the project, he enlisted various friends and former clients to pose in various scenes and locations. “After explaining it to them, they couldn’t have been any happier to participate,” he writes. “All of the looks that you see in their faces are genuine because they all love pizza.”

“That’s what I was trying to capture, but to do it in familiar settings to all of us. We eat on the commute home, at home, alone at work, on nights in, etc.”

Check out the entire series of photos and get the full story here.