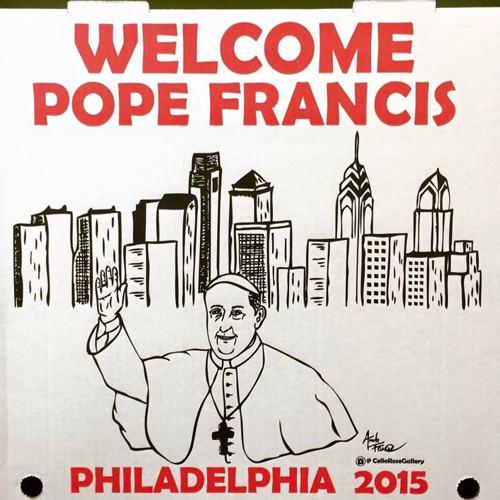 A South New Jersey pizzeria owner considers himself a devout catholic–but the pontiff on a pizza box was not a devotional item that Anthony Marino was ready to revere.

Nj.com reports that Marino received a shipment of boxes last week with an illustration of Pope Francis waving. The pope arrives in nearby Philadelphia September 26 and many local merchants are creating Francis-focused merchandise to commemorate the visit. That's exactly the problem, believes Marino. "I'm a Roman Catholic, so when I saw his face on the box, to me it seemed this is a guy who is not into that kind of stuff," Marino says. "And the fact is that not everybody is a Roman Catholic.It just didn't seem right to me."

Amanda Farese, director of marketing for box manufacturer Savona-Stavola is also the artist who created the illustration. She says she was just trying to have fun and do something special for the pope's visit and her company didn't raise prices for the box. But Marino feels the promotion is in poor taste and goes against everything Francis stands for and will end up being stepped on in the streets. Marino's family has operated pizza restaurants in South Jersey since 1971.