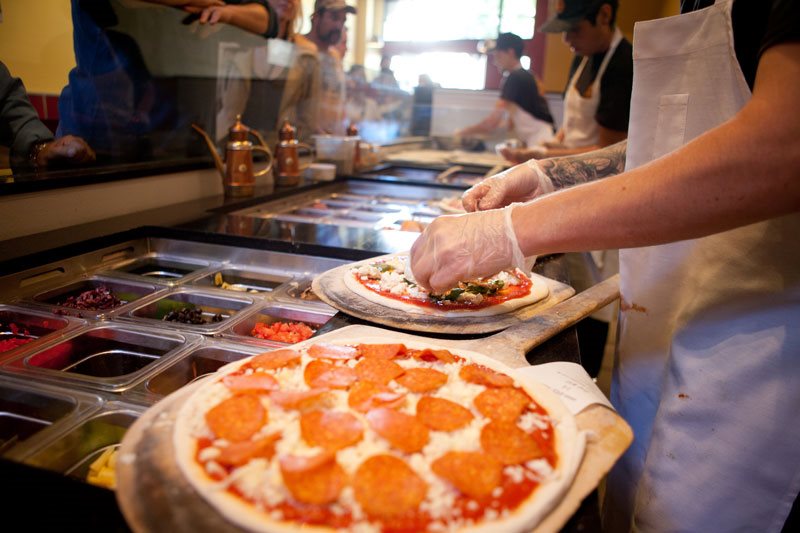 Persona Wood Fired Pizzeria, the only create-your-own, hand crafted pizzeria concept of its kind with a World Pizza Champion at the helm, announced it has signed a development agreement for three restaurants in the Southeastern United States, including South Carolina, North Carolina and Georgia.

The new franchise partner – Simpli.Fresh.Concepts, LLC – is slated to open its first location in Columbia, South Carolina in June 2015.

“The next big slice of the fast-casual restaurant market is coming from an Italian-American staple – pizza – and we believe the southeastern United States is an underserved market that will welcome our product line with open arms,” said Persona CEO Joe Baumel. “We're confident that everything from our speed of service to the quality of the product will make our pizzerias a welcome addition in the region."

Persona’s Neapolitan-style (thin crust) pizza is modeled after the legendary pizzerias in Naples, where each pizza is truly hand crafted and made-to-order. Similar to restaurants like Chipotle and SUBWAY, customers can pick and choose from over 30 toppings and watch their customized pies be assembled. There are also fixed-price specialty pizzas to choose from, based on award-winning recipes from World Pizza Champion and Persona co-founder Glenn Cybulski.

Each pizza takes only 90 seconds to bake using imported “Marra Forni” ovens that are 300 degrees hotter than most eateries. The pizzas are 12 inches in diameter and start as low as $7.95.

“During the last several years, a band of start-ups have been vying to become the leader in fast-casual pizza, but none of them have the quality and authenticity of Persona,” said Simpli.Fresh.Concepts co-founder Johnnie Davis, who researched and considered a number of the other segment players before deciding on Persona. “There is no doubt that Persona is well on its way to becoming the premier player in the segment and we couldn’t be more excited about being part of the company’s growth.”

More information on Persona franchise opportunities is available at www.personapizzeria.com/franchising.

Founded in 2013, Persona Wood Fired Pizzeria is the only “Create Your Own” concept of its kind that was developed by two Chefs – one classically trained and the other an Italian Pizzaiolo and World Pizza Champion. The concept is authentic Neapolitan (thin crust) pizza – using the finest imported ingredients possible, along with the freshest produce available – that is baked at 800 degrees in less than 90 seconds. With one location currently open and operating in Santa Barbara, California and several more in various stages of development, Persona plans to have as many as 200 locations nationwide in the next five years. For more information, please visit  http://www.personapizzeria.com or call (888) 661-2285.