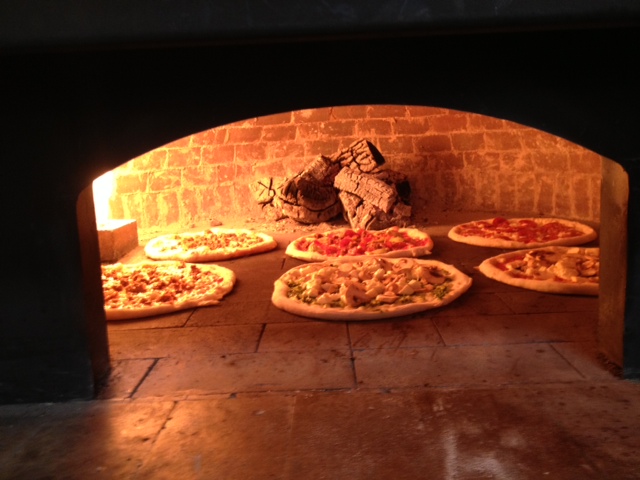 The only “create-your-own” concept of its kind with a World Pizza Champion at the helm is looking to open as many as 20 Bay Area restaurants over the next several years. The area’s first restaurant is slated to open in Santa Rosa in March, and will take over the space previously occupied by Arrigoni’s Deli & Cafe for nearly 40 years.

“Persona′s expansion into the Bay Area is a major milestone for the brand as we expand beyond our Santa Barbara roots,” said World Pizza Champion and Persona co-founder Glenn Cybulski, who is also recognized as one of the Top 10 Pizzaiolos in the United States. “We look forward to introducing the brand to guests throughout the area and have no doubt they will love the Neapolitan-style pizzas that have made us so popular.”

Persona’s Neapolitan-style (thin crust) pizza is modeled after the legendary pizzerias in Naples, where each pizza is truly hand crafted and made-to-order. Similar to restaurants like Chipotle and SUBWAY, customers can pick and choose from over 30 toppings and watch their customized pies be assembled. There are also fixed-price specialty pizzas to choose from, based on Cybulski’s award-winning recipes.

Each pizza takes only 90 seconds to bake using imported “Marra Forni” ovens that are 300 degrees hotter than most eateries. The pizzas are 12 inches in diameter and start as low as $7.95.

“While nothing can replace a culinary pilgrimage to Italy, we’re determined to create a far more affordable alternative right here in the Bay Area,” Cybulski added. “With the quality of our pizza, we’re saving you a trip to Naples and about $6,000.”

While convenience and price are important selling points, the priority for Cybulski is phenomenal pizza. “We craft an authentic Neapolitan pizza from 00 flour and tomatoes imported from Naples, combined with locally sourced fresh vegetables, meats and cheeses. Our meatballs, sausage and sauces, all made on-site, have won gold medal acclaim nationally and internationally, and we think our customers’ taste buds will agree.”

Founded in 2013, Persona Wood Fired Pizzeria is the only “Create Your Own” concept of its kind that was developed by two Chefs— one classically trained and the other an Italian Pizzaiolo and World Pizza Champion. The concept is authentic Neapolitan (thin crust) pizza – using the finest imported ingredients possible, along with the freshest produce available – that is baked at 800 degrees in less than 90 seconds. With one location currently open and operating in Santa Barbara, California and nearly 40 more in various stages of development, Persona plans to have as many as 250 locations nationwide in the next five years. For more information, please visit  http://www.personapizzeria.com or call (888) 661-2285.