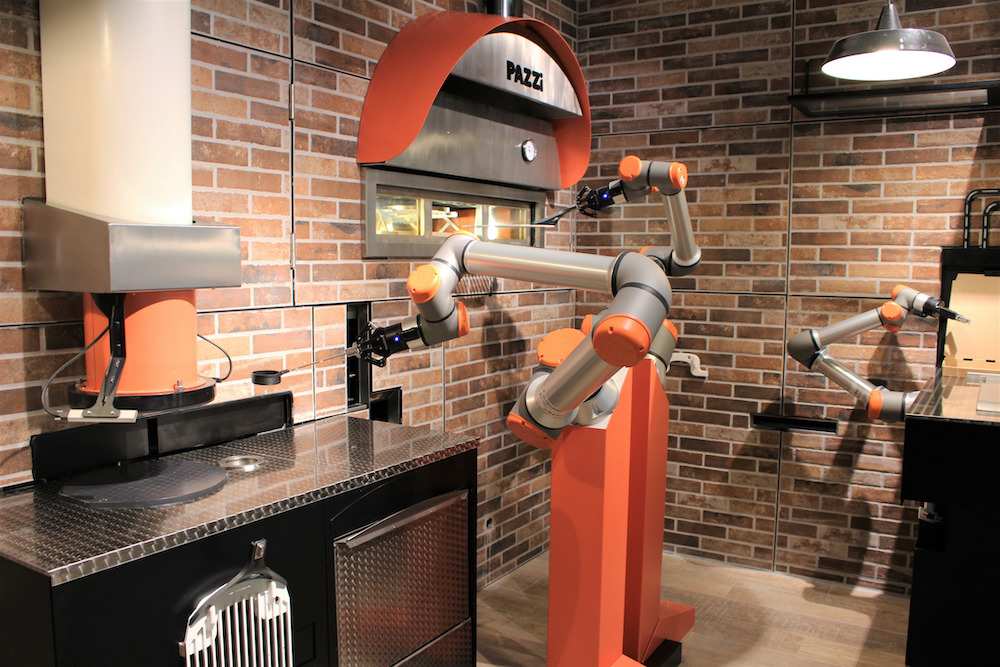 Related: What ever happened to Zume’s pizza-making robots?

A new pizzeria in Paris, France, is showing that robots can do it all in the kitchen, building, baking and boxing as many as 80 pizzas an hour, with very little help from their human overlords.

Pazzi is the pizzeria’s name, and reducing labor costs is its aim—while freeing up flesh-and-blood employees to focus on customer service and clean-up, as the India Times reports. And cofounders Sebastien Roverso and Cyrill Hamon want to build Pazzi into an international chain.

“Come for the show. Stay for the pizza,” reads a sign on the pizzeria’s storefront. The robots are the stars of the show, pressing out dough skins, spreading sauce, adding all of the toppings and transferring the pies to the oven.

“It’s a very fast process,” Roverso told the India Times. “The timing is perfectly controlled, and quality is assured because the robots are consistent.”

Customers order at the counter and then watch the pizza-making robots in action. The bots work with organic veggies, cheese and other toppings and can even move the baked pies out of the oven and place them in carryout boxes. 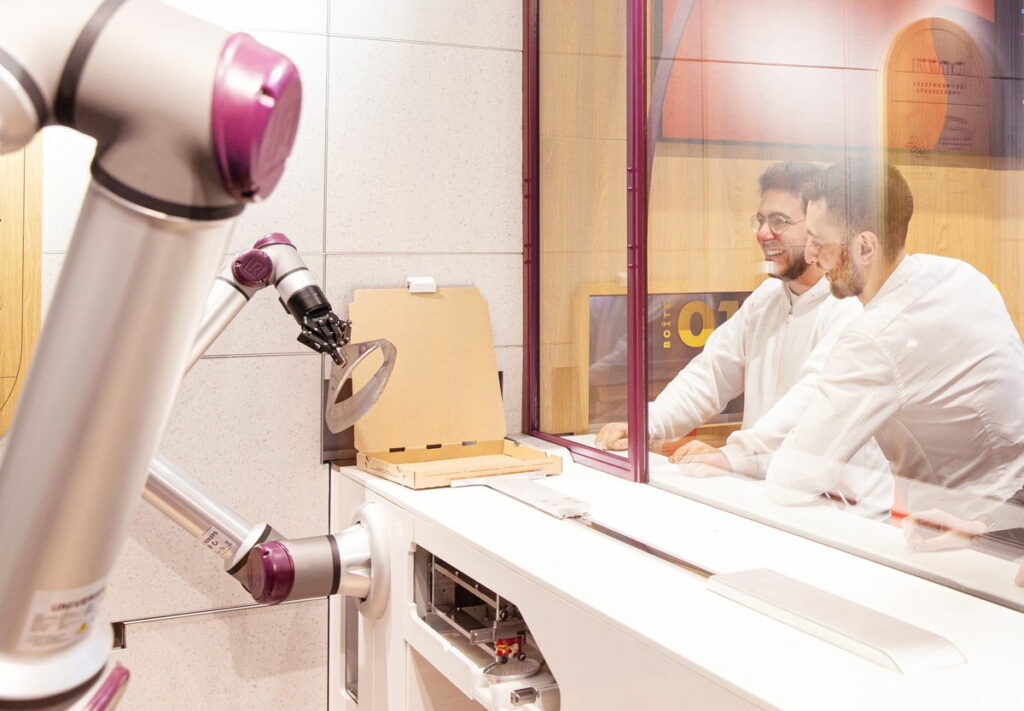 Roverso and Hamon secured millions of euros in funding for Pazzi through venture funds and the state-owned development bank, Bpifrance. Philippe Goldman, the company’s managing director, said they’re finalizing contracts for additional locations in Paris and hope to open a store in Switzerland by March or April 2022.

The robots are theoretically immune to breakdowns and almost completely autonomous. “And we have engineers who work remotely and can take control and watch with cameras, so they can correct things if necessary to make sure service continues,” Roverso said in the India Times article.

Veteran chef Thierry Graffagnino, a three-time winner of the World Pizza Championship in Italy, developed the recipes for Pazzi. The pizzas are made with local flour from Paul Dupuis Mills, while other ingredients come from France and Italy, according to Pazzi’s website.

“A machine can never replace the art of a real pizzaiolo,” Graffagnino told PMQ when we first reported on Pazzi in 2019. But, as a kitchen employee, he adds, a bot can be hard to beat. “A robot is always consistent, always sanitary, and he never decides suddenly not to show up to work. He doesn’t think. He just does what he’s programmed to do.”