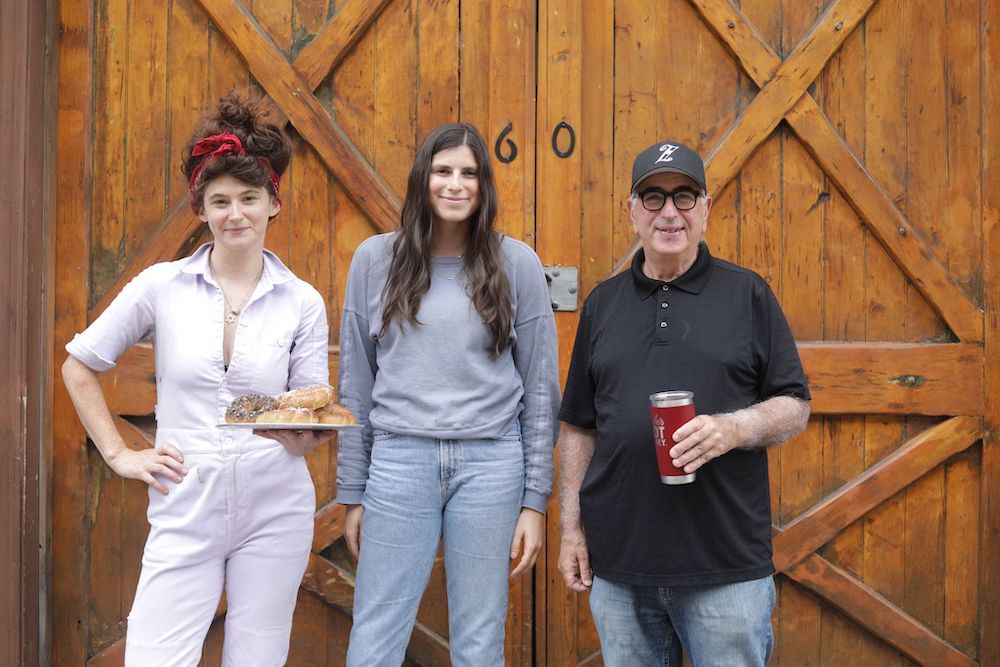 Chefs Caroline Schiff and Elyssa Heller collaborated on the Edith's menu while Paulie Gee made space for the pop-up in his Greenpoint pizzeria. (Photo courtesy of Edith's)

Legendary pizzeria Paulie Gee’s is paying tribute to a classic Jewish deli in Brooklyn this summer in collaboration with the original owner’s great-niece.

At its Greenpoint location, Paulie Gee’s held a pop-up event for Edith’s Eatery & Grocery on August 13 and will continue to play host to the concept four days a week through October.

Edith’s, founded by Elyssa Heller, pays homage to a Jewish deli in Brooklyn owned by Heller’s great-aunt Edith in the 1950s. Among other items, it will feature wood-fired bagels, salted caramel challah knots, shakshuka morning buns, house-smoked fish and Edith’s BECL (bacon, egg and cheese latke). Heller has kicked the menu off with a prosciutto and pickled onion bagel offered during the first week.

Heller partnered with pastry chef Caroline Schiff to develop the fare. “I wanted to really form a dining concept that’s both comforting and interesting, something that people can really engage with and ultimately form a community institution,” Heller told Greenpointers. “The Jewish diaspora spans the globe and is an important part of our history as Jewish people; it also defines our culinary traditions. There’s Jewish food from all over the world, and the desire to create authentic food that resonates with people today gave birth to Edith’s.”

According to Greenpointers, Heller came up with the idea to resurrect an old-style Jewish deli before she even knew her great aunt had owned one. She has since found Edith’s original recipes scribbled on everything from note cards to napkins and paper plates. “Her whitefish inspired our smoked trout recipe and, hopefully, if we are able to offer takeout-friendly versions of her recipes, we can add her famous noodle kugel, blintz souffle, rugelach a la Edith and her famous cabbage soup,” Heller said in the Greenpointers interview.

The Edith’s concept will be open from 9 a.m. to 2 p.m. on Thursdays through Sundays. Food is sold via delivery or a pick-up window at the restaurant. The deli’s website notes that it’s a short-term project with the slogan, “We’re here for a good time, not for a long time. Make sure you catch us while you can.”