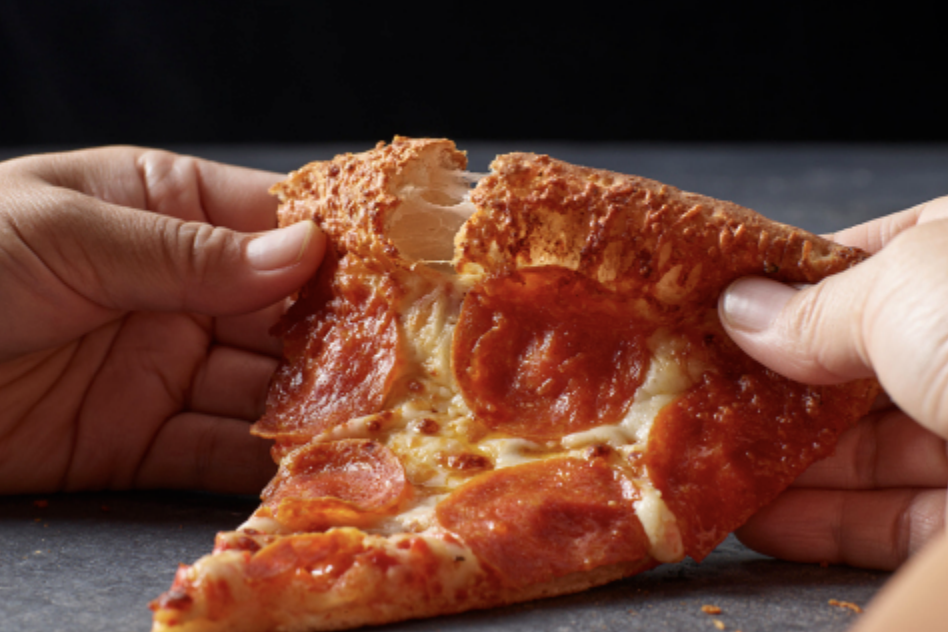 Papa John’s has introduced a new flavored crust, Garlic Parmesan, that was inspired by the fan-favorite garlic dipping sauce. The crust is baked with Parmesan and Romano cheeses.

“There’s a lot of fan love for Papa John’s signature Garlic Sauce, so we knew our first-ever innovation of our original crust had to feature it,” Paul Fabre, senior vice president of menu strategy and innovation at Papa John’s, said in a press release.

To celebrate, Papa John’s is offering the new crust nationwide for $10 with the promo code CHEESYCRUST. The chain is also rolling out the limited-edition Garlic Parmesan Crust Luster—made with 90 percent of the flavor within the crust—in six locations: Atlanta, Chicago, Dallas, Los Angeles, Miami, and New York City. It will be available until November 10.

The new crust is one of several innovative changes to Papa John’s menu. The international pizza chain recently posted a job listing in Scotland seeking a vegan taster to help them add more non-dairy, meat-free, and plant-based dishes to the menu next year.

According to the job listing, the vegan taster will work eight to 10 hours a month between January and June 2020 for a total payment of £6,000. The applicant must be a passionate advocate for veganism, know how to remove an avocado stone in less than a minute, and, most importantly, be able to “back themselves in a veganism debate with Piers Morgan.”  (The Good Morning British show host is infamous for his scathing hatred of vegan dishes.)
The National Restaurant Association predicted that veganism would be one of the hottest trends of 2019. More and more pizzerias and pizza chains are embracing it by offering vegan cheese and plant-based meat toppings.