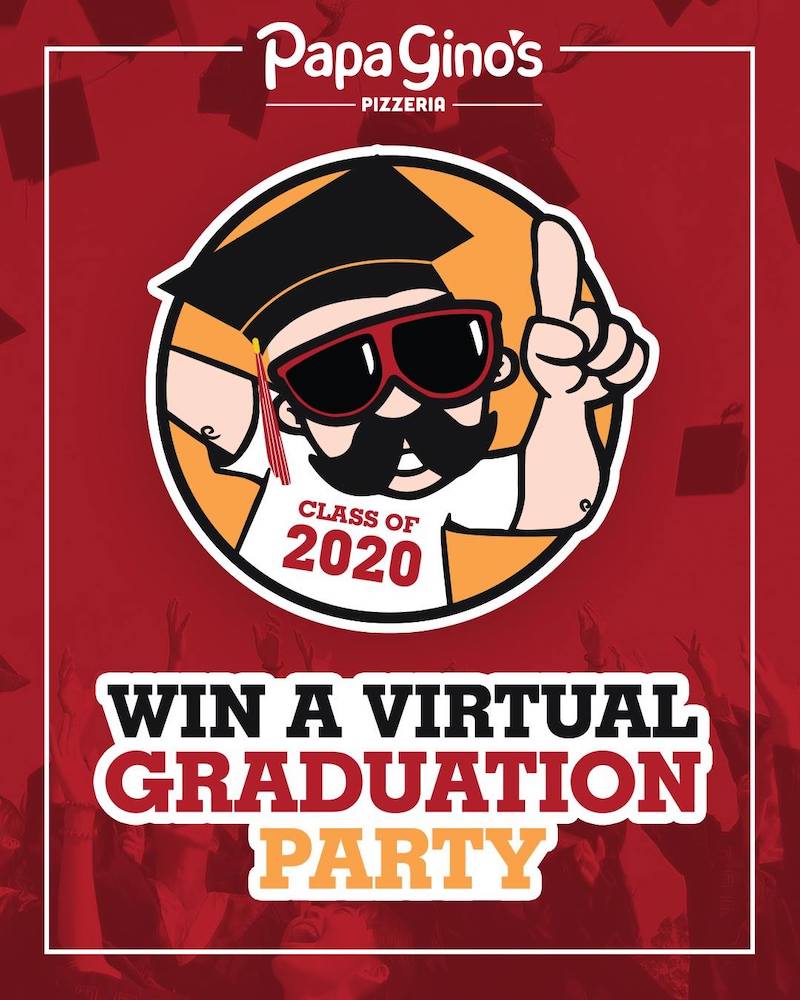 During the month of May, Papa Gino’s, a New England pizza chain, ran a contest offering high school graduates, who were unable to celebrate their accomplishments in person, the chance to win a virtual pizza party they could enjoy with their families and share with four friends and each of their families. The winner was CJ Buckley from Franklin High School. CJ was nominated by her cousin, Beth Clark of Norton.

This past weekend CJ and four of her friends and their families received 10 large cheese pizzas, five orders of cheese breadsticks, 10 two-liter bottles of soda and 10 pints of Ben & Jerry’s Ice Cream along with Papa Gino’s swag bags as prizes for winning the contest.

To protect the health and safety of both customers and employees, the prizes were given out through no-contact delivery while using proper social distancing practices.

For the contest, Papa Gino’s fans nominated a deserving 2020 high school graduate by commenting on the contest’s post on Facebook between May 17-31. The winner was selected at random. The post garnered 166 comments and 85 shares.

“Papa Gino’s is the pizza that many local graduates grew up on, and we were proud to contribute in some way to this special milestone in their lives,” said Papa Gino’s CMO Deena McKinley. “We were excited to offer our congratulations through some delicious food and Papa Gino’s swag to remind them of their neighborhood pizzeria as they set off on new adventures after high school.”

Starting with a single restaurant founded in 1961 in East Boston, Papa Gino’s has expanded over the years and now has nearly 100 restaurants in Massachusetts, Rhode Island, New Hampshire and Connecticut.