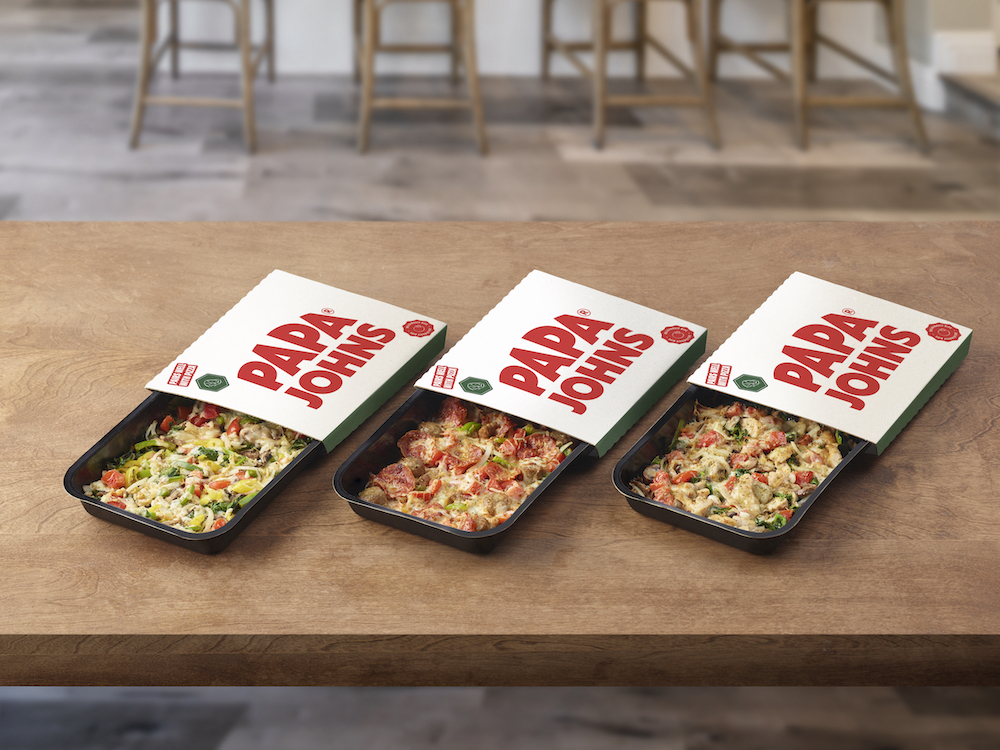 Related: Does Little Caesars’ new pizza taste as fancy as it sounds?

Who you gonna call when you’re craving the deliciousness of pizza without the carbs? How about the crust-busters at Papa Johns? The chain is set to debut its new no-dough Papa Bowls, touted as its “first-ever crustless innovation,” later this month.

It’s a whole new menu category for Papa Johns and the latest example of how the chain keeps shaking up its once-staid menu with offbeat new items in order to stand out from rivals like Domino’s and Pizza Hut.

But most customers will have to wait a little longer to try them. Papa Bowls will initially be offered only to Papa Rewards loyalty members starting on August 15. On August 22, the menu item, priced at $7.99, will be available nationwide.

The Papa Bowl, the company says, “is everything you love about Papa Johns’ pizza without the crust—crisp vegetables, juicy meats, melty cheeses and delectable signature sauces.” They’re available in three varieties: the Italian Meats Trio, the Chicken Alfredo and the Garden Veggie. Customers can also build their own Papa Bowls just like they’d build their own pie.

“Our signature crust continues to be a beloved favorite, but we know that sometimes customers crave something different,” said Scott Rodriguez, Papa Johns’ senior VP of menu strategy and product innovation. “We want them to know we are committed to delivering on all of those cravings through our menu.”

Cutting out the crust cuts out a lot of the carbs, which could be attractive to customers on a low-carb diet. And Mark Kalinowski, a restaurant industry analyst and CEO of Kalinowski Equity Associates, told Business Insider that crustless pizzas make good economic sense for Papa Johns: The food costs for the items will be “very favorable” and could improve the chain’s profit margin, he said.

There’s a competitive advantage to consider, too. “Most of the national chains don’t sell pizza bowls, so they will help Papa Johns differentiate itself from the competition,” Kalinowski said.

Here’s a closer look at the new Papa Bowls offering: