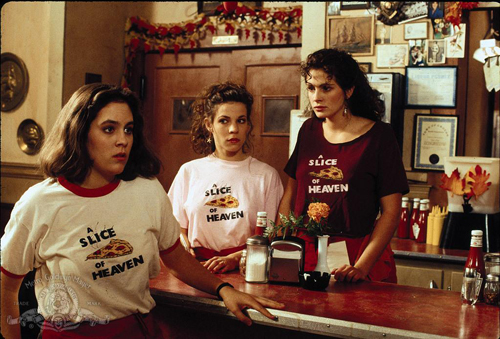 Now Foxnews.com reports the owner of the Mystic Pizza restaurant in Connecticut made famous in the 1988 flick has been sentenced to a year in the slammer for tax evasion and hiding hundreds of thousands of dollars in income. The U.S. Attorney's Office announced 49-year-old John Zelepos of North Stonington, Connecticut, was sentenced August 24 to prison after he pleaded guilty in March to tax evasion and other financial wrongdoing. When he's released, Zelepos will face three years of supervised probation. The iconic pizzeria has become a tourist attraction since Roberts and Matt Damon broke out in the movie about three waitresses struggling to get by in the small-town hangout. Zelepos was convicted for diverting more than $330,000 from the pizzeria to his own account.

Read more about this sad ending to a real-life character from the actual pizzeria made famous in the world's best-known pizza movie.