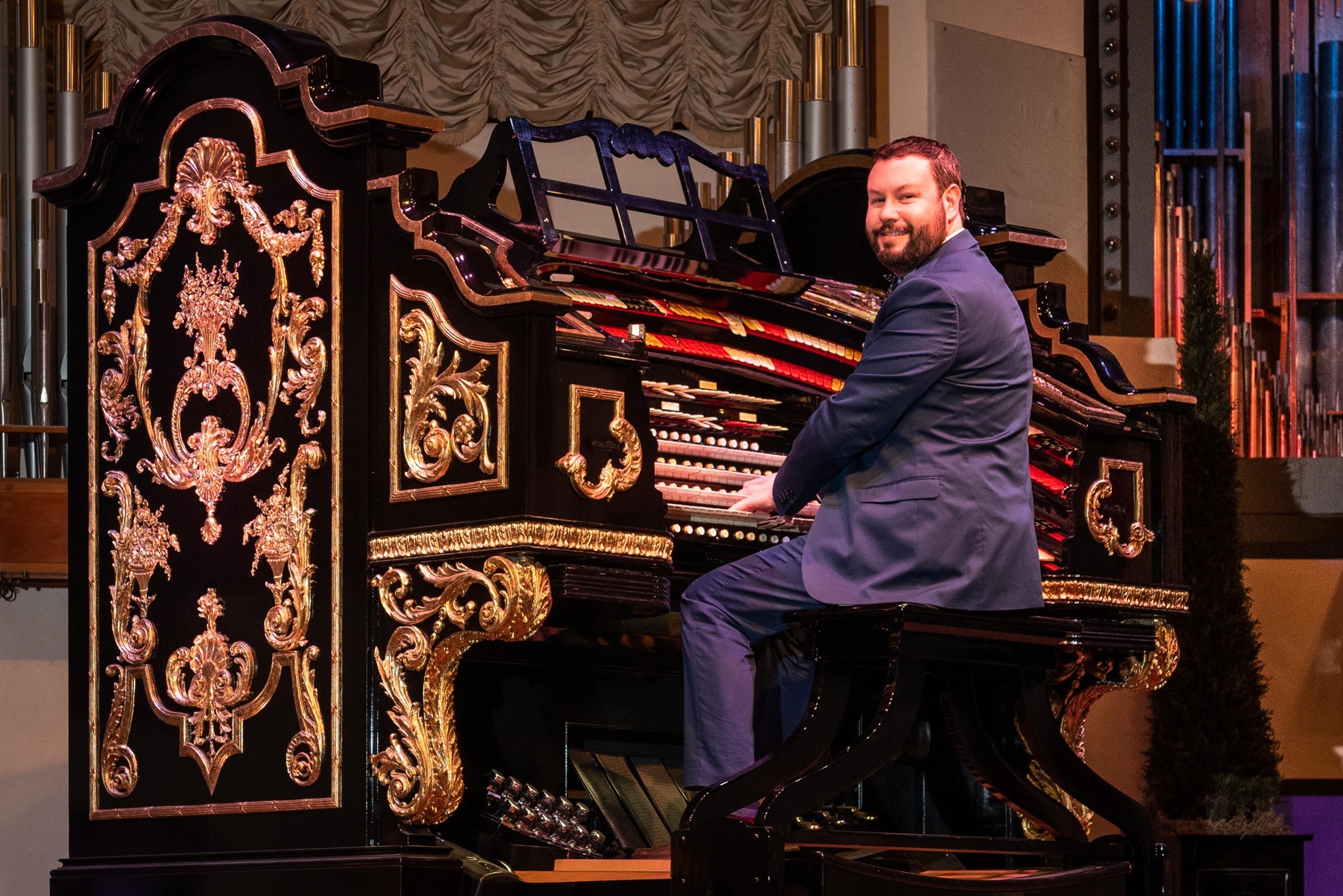 The music plays on at Organ Stop Pizza, which has a detailed 19-page plan for reopening in the midst of the COVID-19 pandemic.

With a written 19-page plan in place, a legendary pizzeria with a unique musical hook hopes to make a comeback in Mesa, Arizona, after closing down entirely due to the coronavirus pandemic nearly two months ago.

Organ Stop Pizza, famous for its Wurlitzer organ built nearly 100 years ago for a silent movie theater, will reopen on May 14, according to the restaurant’s website. The pizzeria, which temporarily shut its doors on March 17, features three organists—Lew Williams, Brett Valliant and Donna Parker—who provide dinner music on the lavishly appointed organ each night.

Based on the plan developed by co-owners Jack Barz, Brad Bishop and Pat Rowan, social distancing and enhanced sanitization measures will be in place when the restaurant reopens. Customers will not be allowed to seat themselves; instead, they’ll check in with a greeter outside and receive hand sanitizer before entering the restaurant. They will place their orders at the counter, which is equipped with clear acrylic shields.

The restaurant will also reduce its seating capacity from 700 people to about 200 in the “new normal” of coronavirus-related precautions. Employees will have their temperature checked before they can enter the building and must wear masks and gloves. Ice cream will be served only in dishes rather than cones, and the salad bar will be replaced by individually prepared salads. Restrooms will be sanitized every 15 minutes by employees specifically assigned to the task.

“We drew out this map of the dining room I don’t know how many times, and had to revamp it and change it and revamp it again,” Barz told the Arizona Republic in a story that can only be accessed by paid subscribers.

“We’re definitely decreasing the amount of people that we can have in here, but it’s giving us the opportunity to make sure that we’ve got … a nice, big physical distance in between each group [of diners],” Barz said in a separate video interview with the Arizona Republic. “It’s something we typically don’t experience. We’re a crowded restaurant, and it’s quite often standing-room-only … People may actually experience a wait for a seat for a change.”

Organ Stop’s organ was built for and installed in the Denver Theatre in 1927. After silent films fell out of fashion in the 1930s, the organ was rarely used for decades. In 1975, it was relocated to the Organ Stop restaurant in Mesa. The instrument originally boasted 15 ranks, or sets of pipes, but it was rebuilt and enlarged to 23 ranks for its debut in the Mesa pizzeria.

Charlie Balogh played the organ from 1991 until his death from complications of a stroke in November 2019. 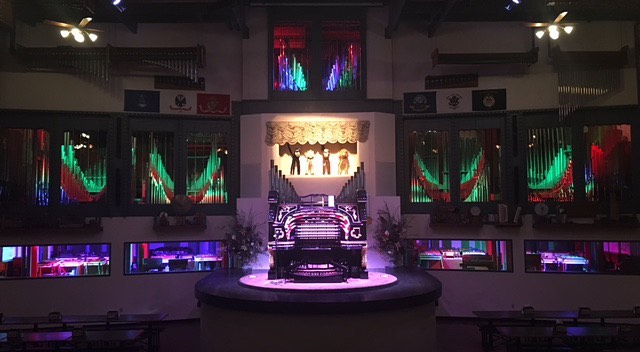 Under the new rules, Organ Stop’s organists won’t be able to accept song requests on written cards. Instead, a member of the staff will canvas customers to find out about special occasions to be celebrated in song and relay them to the musician. But guests will still get to hear some of their favorite tunes while enjoying a Spicy Italian or Hawaiian pie.

“I am so excited to have this restaurant open again,” Barz said in the Arizona Republic video interview. “This has been a part of my life for the last 34 years, since I turned 16 and first started working here. The fact that this organ has been silent for about two months is … really, it’s killing me, to be honest. The fact that we’re going to be able to be open again, have the music playing, it’s so exciting.”