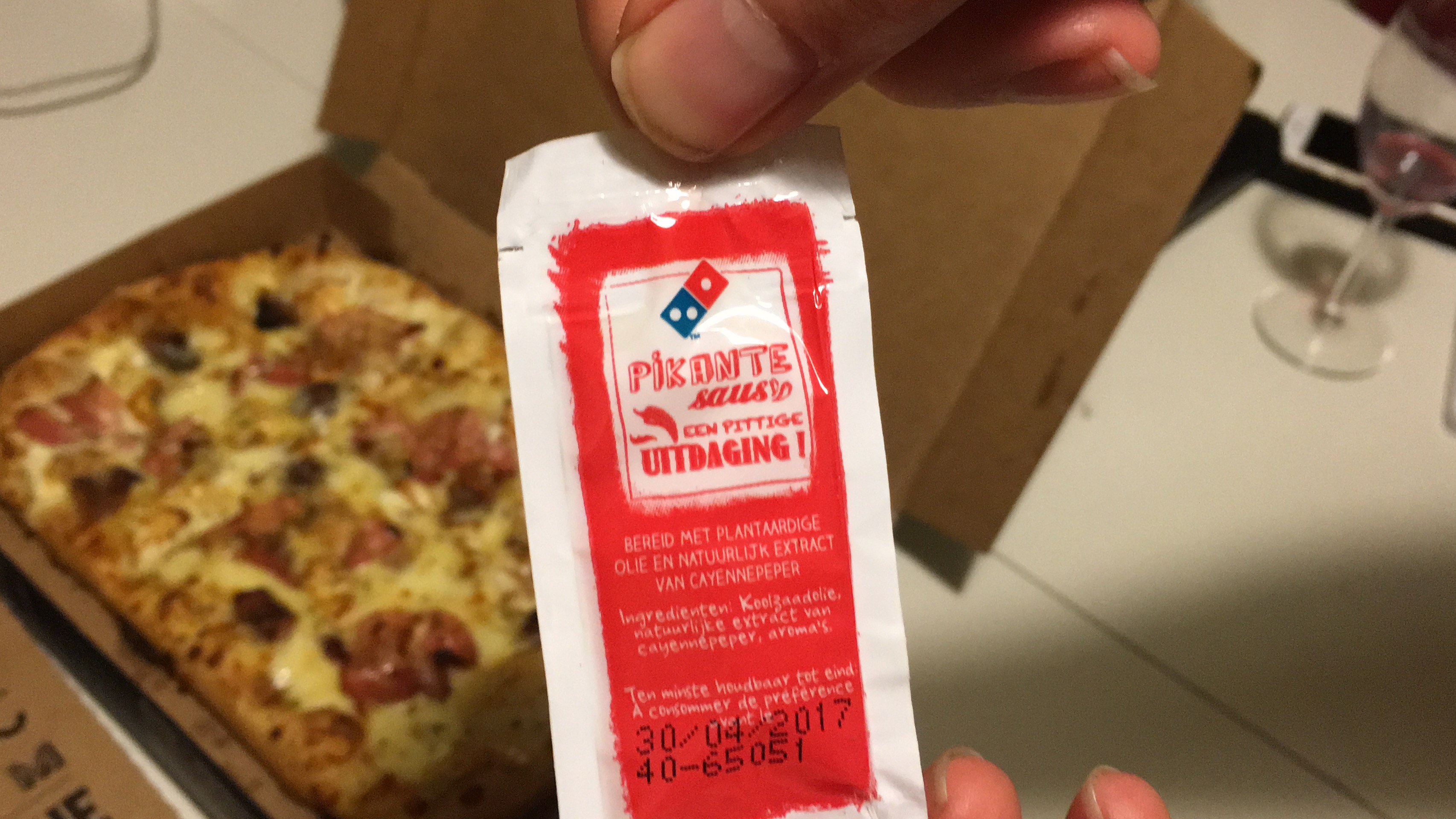 According to France's industry magazine France Pizza , Domino's has big plans for expansion in France including doubling the number of stores from 240 to 500 all in the next 5 years.  With the opening of the Domino's Academy which preps franchisees for business and the acquisition of the French independent chain Pizza Sprint, Domino's is quickly gaining a foothold in France (BusinessDay).  But what do the French think about it?

Their strategy to win over the finicky French is to use local ingredients including those that are certified AOP (Appellation d'Origine Protégée) which means the product is guaranteed to come from the region that it is traditionally made in, according to a set of standard procedures.  Domino's is also focusing strongly on speedy and convenient ordering and delivery to set it apart from other pizza competitors.

At a friend's house we used the online ordering system to order a fig and goat cheese pizza on their standard crust (thicker, pan-style) and a thin crust Savoyarde referring to the Savoy region of France in the Alps.  The Savoyarde was topped with sliced potatoes, lardons, and reblochon (a creamy alpine cheese).  There was also a pizza with truffle-infused bacon sauce, but we didn't go for it.  Julie from France warned me, "watch out for fancy ingredients, they are never what they seem." Voilà! Check out the video below.