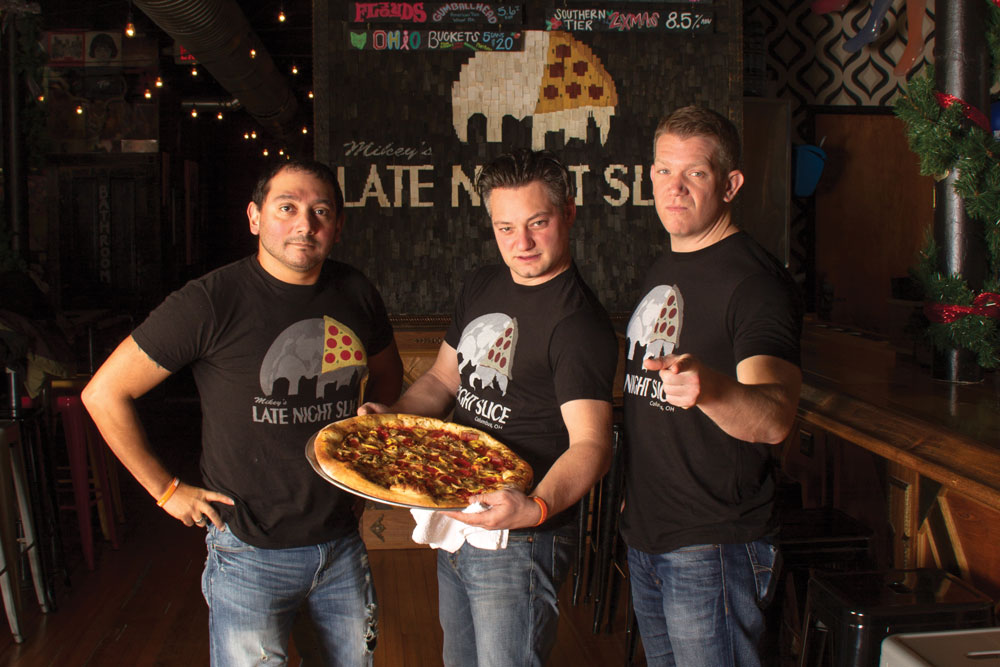 Jason Biundo, chief creative officer at Mikey’s Late Night Slice in Columbus, Ohio, and one of our cover subjects for this month’s issue (along with partners Mike Sorboro and Bryce Ungerott), is more than just a marketing whiz. He could also teach a master’s-level course in dealing with online trolls. While most of Mikey’s social media followers are dedicated fans, the occasional hater pops in to post a blistering tirade that has little to do with pizza and a lot to do with some personal or political beef. In one lengthy Facebook rant, a commenter wrote, in part, “Mikey’s Late Night Slice is just another shining example of how the fat, liberal, heathen slobs of Columbus have absolutely zero standards….Blows my mind [that] someone hasn’t made another late-night place in Columbus just to put these fools out of business and show them how it’s done.”

“I’m proud of how we deal with haters on our page,” Biundo told me. “We just try to kill them with kindness or logic them to death, or we just ignore them. You know, don’t feed the trolls. We’ve been contacted by Yelp saying they wanted to use Mikey’s as an example of how to do social media right. We’re honest, we stand by our values, but we try to keep it funny.”

Mikey’s is one of those unassuming yet marvelously executed concepts I love to spotlight in these pages. Biundo and his buddies bring a lively (and, admittedly, sometimes racy) sense of humor to everything they do, from dreaming up stop-motion animation videos featuring He-Man and Spider-Man toys to Pizza of the Week specials named Loaded Mr. Potato Head and Silence of the Buffalo Chicken. Check out the story on page 32 and keep an eye on these guys. They’ve got pizza making chops, marketing savvy and a shrewd branding strategy—including running kitchens in local concert venues and corporate cafeterias—that will take them far. But, at heart, they’re still a trio of fun-loving drunk-food dudes. It’s no wonder so many folks in Columbus want to party all night with them.