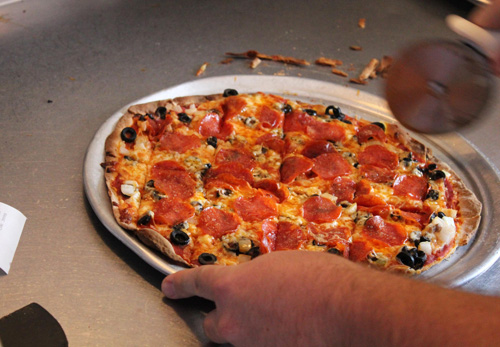 Online ordering for pizza is not just a wave of the future — it's a tsunami crashing around the country.

WTOP.com reports that online ordering now makes up 45 percent of Domino’s Pizza’s sales in America. A Domino’s spokesman tells QSR Magazine that the company upgraded its mobile app late last year. The app now lets you order by talking to a computer voice named Dom, much like the iPhone’s Siri.

Pizza Hut, which in 1994 became one of the first companies to sell anything on the Internet, had its biggest digital sales day ever on Super Bowl Sunday this year. CNBC reports Pizza Hut racked up more than $10 million in digital sales by halftime. There’s no word on how big that number was at the end of the day.

Read more about the the digital ingredient that's changing the pizza industry.