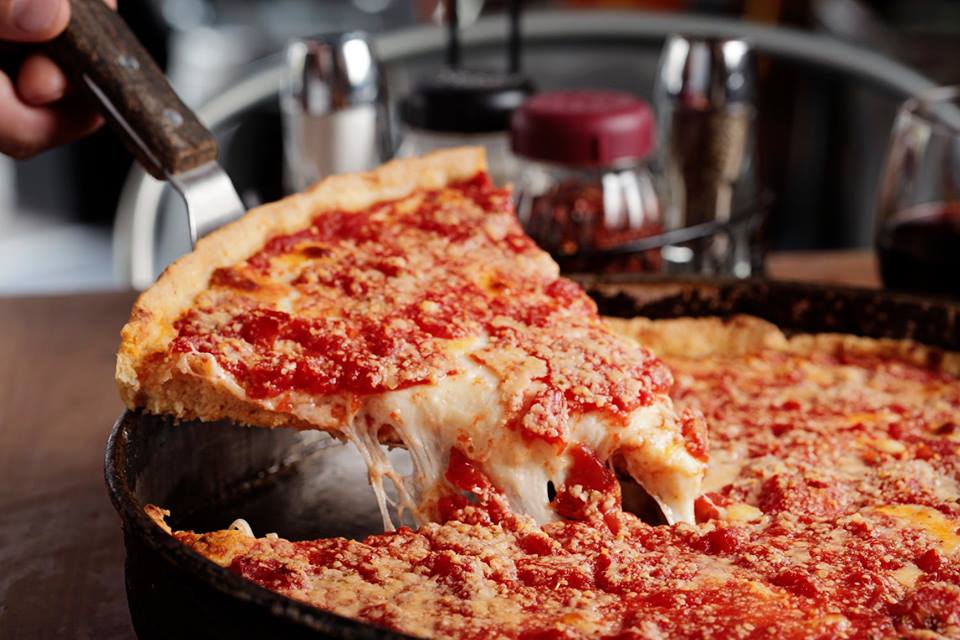 The stakes were higher than you might realize during Sunday’s Wild Card Playoff game between the Philadelphia Eagles and the Chicago Bears. The two NFC teams were also battling over the culinary supremacy of deep-dish pizza vs. Philly cheesesteaks.

It all started when NBC Sports Philadelphia’s Twitter account tweeted a photo of a cheesesteak sandwich alongside a shot of a deep-dish pizza with a header that read, “Philadelphia vs. Chicago.” The tweet read, “In addition to tasting better and being portable, cheesesteaks also don’t take an hour to make. Since there’s no debate, just tell us your favorite spot to grab a cheesesteak.” 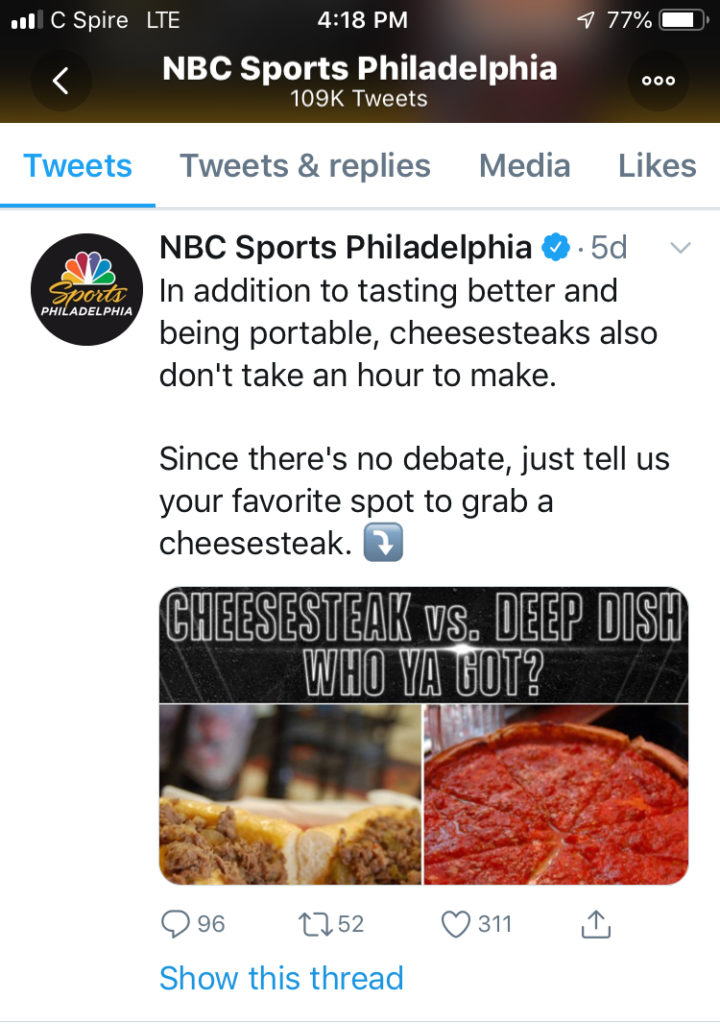 But the folks at Lou Malnati’s know there’s no comparison between a plain ol’ Philly cheesesteak and a saucy, cheesy, hot-and-fresh deep-dish pizza. The chain’s Twitter account followed up and offered a wager: “We beg to differ. Are you willing to put your cheesesteak where your mouth is, @NBCSPhilly? If the Eagles win, we’ll send pizzas to your newsroom. Bears win, you send us some of your best cheesesteaks."

Cheesesteak won by a nose—or, rather, a single point—when the Bears’ famously accurate kicker, Cody Parker, missed a 43-yard field goal with 10 seconds on the clock, giving the Eagles a 16-15 win and moving them one step closer to a Super Bowl appearance.

For Lou Malnati’s, however, it was still a big win, with the chain getting free exposure to the sports site’s 319,000-plus followers with one cheeky tweet.