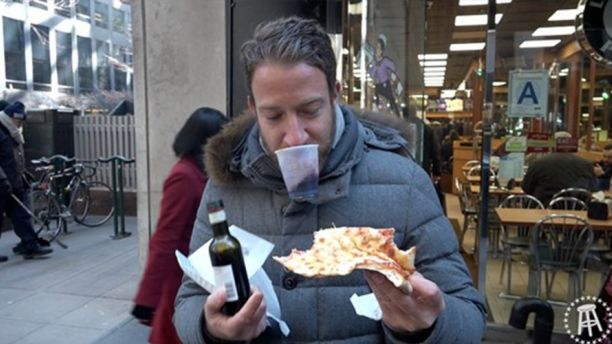 Everybody loves pizza, but Dave Portnoy of Barstool Sports has made it his personal mission to try every slice of pizza in New York City, according to an interview with Fox News.

Portnoy moved to NYC from Boston two years ago, according to the story, and has been eating a slice of pizza for lunch every weekday since.

He says that if he really likes the pizza, he'll eat the whole slice. If, however, the slice is a fail, he takes a bite or two and tosses it. You can't win 'em all, I suppose.

According to the interview, Portnoy says he's eaten around 300 different slices so far, with his favorite being John's of Bleecker Street.

We wish Portnoy lots of luck on his New York slice quest!