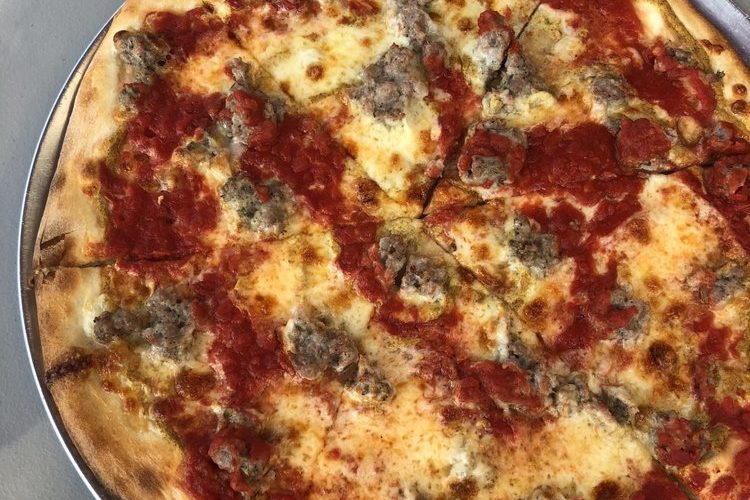 Papa’s Tomato Pies, the oldest family-owned-and-operated pizzeria, will be featured on an episode of Thrillist’s Really Dough on July 8.

Really Dough is a web series where show hosts pizza legend Mark Iacono and tour guide Scott Weiner search for unusual pizzas to argue whether those nontraditional pies are in fact pizza.

Papa’s Tomato Pies’ Mustard Pizza will be a topic of debate due to its nontraditional golden brown spicy mustard sauce topped with cheese and tomato sauce. Legend has it that a drunken customer stumbled into the pizzeria and tried to order a mushroom pizza, but slurred his words so instead, the establishment whipped up a mustard pie which became a hit since.

The Azzaro family that owns the pizzeria said that any type of publicity is good and that he hopes the show will bring curious customers to their shop.

Due to its legendary age, this isn’t the first time the pizzeria has been featured. NBC and CBS voted the pizzeria as first in the state and 18th-best countrywide. They were also featured in the television show, “Pizza Cuz,” in 2012.

As soon as the episode airs, Papa’s Tomato Pies will share the link on its website and social media.