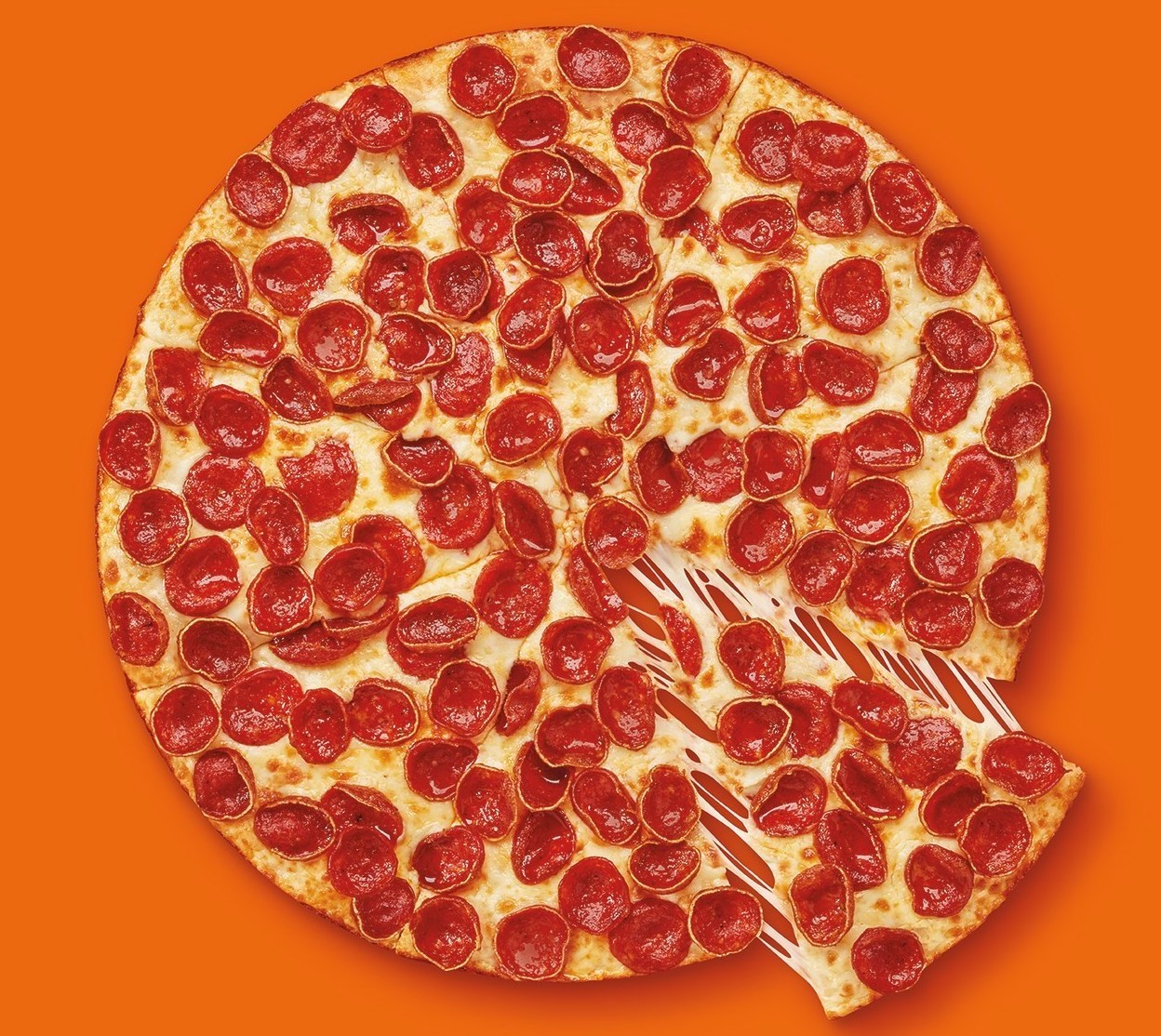 What’s so fancy about Little Caesars’ Old World Fanceroni Pepperoni pie? Well, if you define “fancy” as “an abundance of gourmet pepperoni,” then this new specialty pizza is fancy indeed.

The Old World Fanceroni Pepperoni first became available for online ordering only on August 1. Beginning August 8, it was added as one of the chain’s Hot-N-Ready items.

According to Little Caesars, it features 100-plus slices of “old-world pepperoni that have a rich, smoky flavor and crisp up when they cook.” It’s “covered from edge to edge with old-world pepperoni and [has] a crust that is crisped with cheese to the edges,” providing a “special texture and overall crunchy bite.”

The new menu item sells for $9.99 and will available for a limited time only.

Writing for The Takeout, Dennis Lee said he ordered the new pizza and sat down with his fiancée to count the pepperoni slices. Such a task, he noted, “is a true test of your relationship,” but after counting twice, the couple was satisfied that there were, indeed, “just over 100” slices.

But all that pepperoni resulted in “sodium fatigue,” Lee added. “Have you ever eaten something so salty that it made your mouth burn a little? That’s where we found ourselves after just one slice.”

Lee added, “Some of the pepperoni had a great crunchy texture, while other discs remained chewy, which added to contrasting experiences in each bite.” His final verdict: The Old World Fanceroni Pepperoni is fairly priced and loaded with pepperoni as advertised, making it a fine pizza for anyone who can handle “a buttload of salt.”

A reviewer for The Impulsive Buy also counted the pepperoni slices and came up with a total of 111. “The old-world slices were perfect: a little spicy, rich, greasy and crispy around the edges,” the reviewer wrote. “The higher-quality pepperonis really elevated the entire experience. Little Caesars pizza tends to be a few levels above frozen pizza for me (sorry, devotees), but the higher-end topping made it feel more luxurious.”

A reviewer for Brand Eating gave the Old World Fanceroni Pepperoni a try, too, and concluded that it offers “an enjoyable, but ultimately familiar, eating experience for those who enjoy crispy pepperoni and plenty of it.”