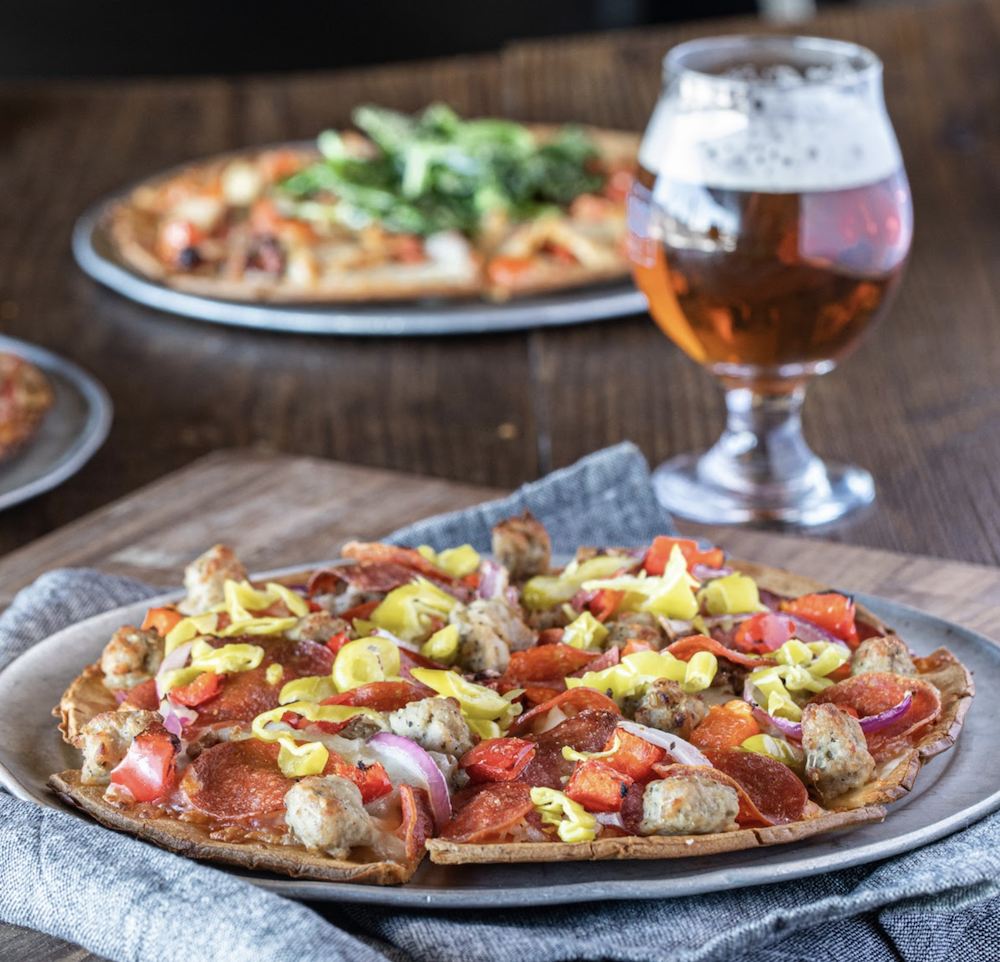 Related: Cauliflower pizza named “Top Food of the Year” for 2019

Old Chicago Pizza & Taproom has teamed up with Caulipower, a cauliflower crust supplier, to add pizzas made with a crispy cauliflower crust to the menu. It’s the second gluten-free crust option offered by the company, which operates nearly 100 restaurants in 23 states.

Made with real cauliflower, the new cauliflower crust is dairy-free and gluten-free and has no artificial colors, flavors or preservatives. It’s designed for guests with specific dietary needs or preferences or for those simply seeking a better-for-you meal.

“Pizza is part of our brand foundation,” said Josh Kern, chief marketing officer for SPB Hospitality, which owns Old Chicago and other restaurant chains. “We want to continue to evolve that foundation to bring our guests new and exciting ways to enjoy their favorite OC pizzas. Guests who have never tried a cauliflower crust before are usually shocked that it’s, in fact, vegetable-based. Now that we’ve introduced this crust on our menu, we’re excited to see how our guests enjoy this better-for-you option.”

Related: The BBQ pizza that Elvis couldn’t help falling in love with

“We are thrilled to partner with Old Chicago as they continue to focus on innovation and offering a super-food, vegetable-packed, and gluten-free alternative to their customers,” said Julie Lim, president of sales foodservice at Caulipower. “After a short time working with Old Chicago, the results are incredible and support the data that shows there is a migration of guests who are craving restaurant pizza that is, in fact, better for you.”

Franchise Times named Old Chicago, which specializes in pizza and local and established craft beers, the “Best Franchise to Buy” in 2019. Old Chicago is also home of the World Beer Tour, which rewards members for enjoying 110 high-quality craft beers from down the street and across the globe.