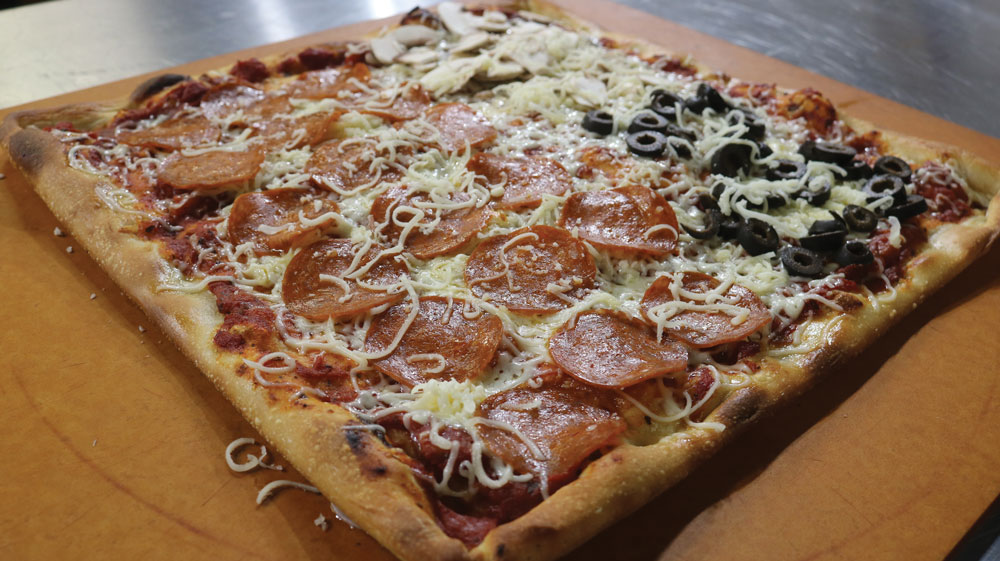 Winter can be brisk and bleak in Ohio, but you can always find a delicious, fresh-from-the-oven pizza with a gooey pile of melted cheese to warm you up. Unless you’re a fan of the Ohio Valley style of pizza—these folks believe cheese and other toppings are best served cold.

The story of Ohio Valley-style pizza, or Steubenville-style pizza, began in the early 1900s. Michael and Caroline DiCarlo were running an Italian grocery store in Steubenville, Ohio, that gradually transitioned into a bakery business, serving up their Original DiCarlo’s Famous Bread, according to DiCarlo’s Original Pizza co-owner Anna DiCarlo, Michael and Caroline’s granddaughter.

When the DiCarlos’ oldest son, Primo, returned home from World War II, he told his parents all about a popular dish in Italy that had crispy bread topped with sauce and cheese—pizza! It didn’t take long for DiCarlo’s to start making pizza using a recipe similar to its famous bread recipe, DiCarlo says.

Primo (Anna’s uncle) opened the Original DiCarlo’s Famous Pizza Shop in Steubenville in 1945, and in 1949, he and his younger brother, Galdo (Anna’s father), opened a second store in Wheeling, West Virginia, helping to start the style’s spread. 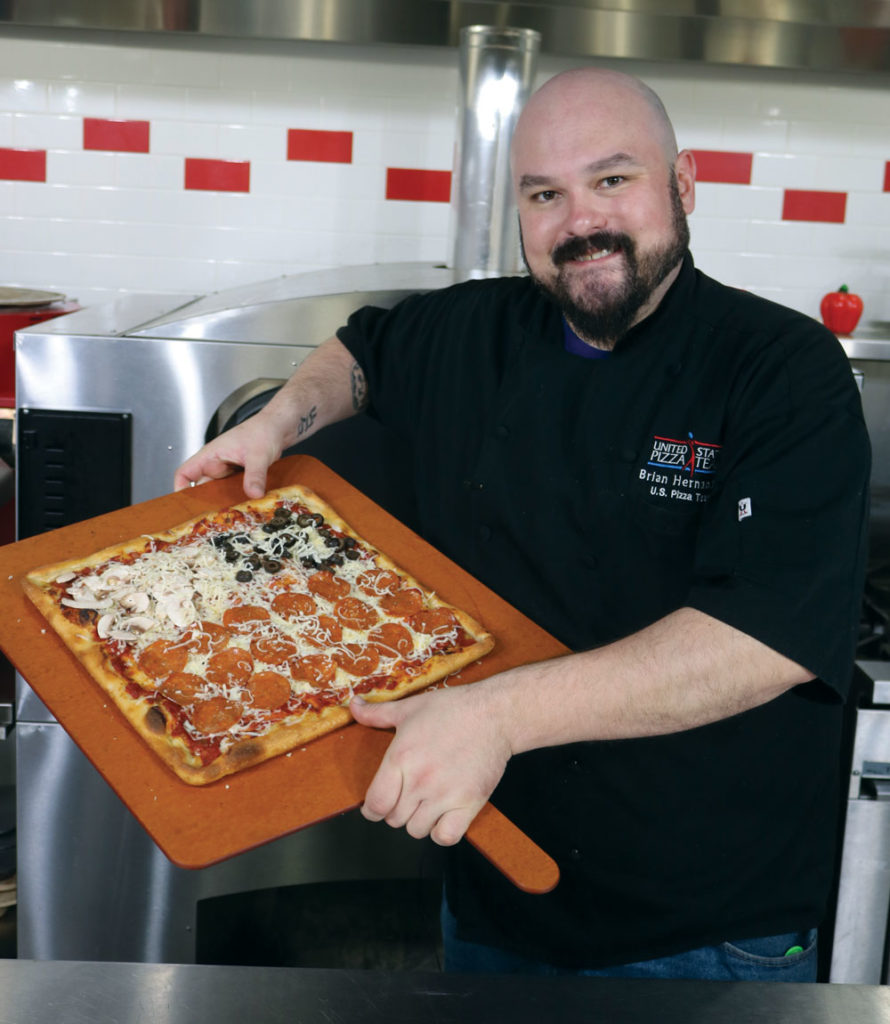 At DiCarlo’s, the pizza’s thick, square crust is topped with homemade tomato sauce and cooked on a sheet pan. Once the pizza rises in the oven, it’s pulled out and gets more sauce and just a touch of cheese before going back in the oven. When it’s golden-brown, it’s pulled out again and finished off with cold, hand-grated aged provolone and toppings. These pizzas, which are sold by the square cut rather than the whole pizza, benefit from a ride in the pizza box, as the steam helps to melt the cheese and warm the toppings.

“I don’t know why they put the toppings on last,” DiCarlo says. “It’s just the way we’ve always done it. I think that, back then, because they were using thicker baking pans, the cheese may have burned if they put it on before baking.”

DiCarlo’s theory makes sense. For Chicago’s deep-dish pizza, pizzaioli put cheese under the sauce to keep it from burning due to the long bake time, so the early DiCarlo’s pizza makers may have left the cheese off altogether to solve the problem.

Since the first store opened in 1945, additional DiCarlo’s locations—some family-owned and some franchised—have opened in Eastern Ohio, West Virginia, Pittsburgh, Kentucky and South Carolina. Each one helped to introduce Ohio Valley-style pizza to a new neighborhood, building a cult following across the region. “At one point, my dad had nine or 10 stores and a commissary,” DiCarlo says.

As the pizza grew in popularity, so did the competition. Pizzeria operators in nearby towns and states began offering a pizza similar to DiCarlo’s. Now you can find this style throughout the Ohio Valley, at pizzerias such as Giannamore’s Pizza in Wintersville, Ohio; Ray’s Pizza in Steubenville; and Iggy’s Pizza in Toronto, Ohio.

Those who grew up with the Ohio Valley style travel miles to get it, while newbies appreciate the pizza’s signature crunchy crust and the distinct flavor of the cheese.

If you want a similar taste experience, check out Tino’s Pizza in Oneonta, New York. This establishment serves its regular, piping-hot pizzas with a side of grated cheese. The owner reportedly began doing this in the 1980s when too many college kids were burning their mouths on Tino’s pizzas. In Oneonta, they call it a “cold cheese pizza,” and it, too, has quite the cult following!