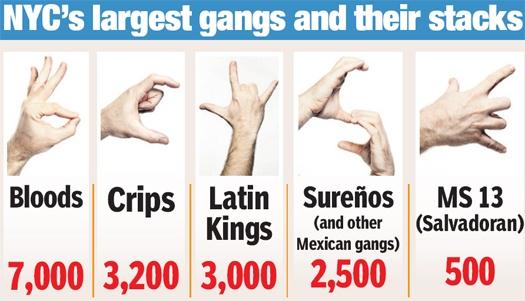 Could pizza be the key to world peace? Starting in New York, police officials are throwing pizza parties to try to convince gangbangers to go straight.

NYpost.com reports New York Police Department bosses have been throwing pizza parties for some of the city’s most hardened gang members — telling them they are loved and respected, in an effort to steer them from violence. Criminals from rival crews, such as the Wave, the Very Crispy Gangsters and the Rock Stars, were assembled for two get-togethers hosted by police brass, with one attended by Chief of Department James O’Neill.

“Everybody here cares about you. Everybody here respects you,” the men were told, according to David Kennedy, a criminologist at John Jay College of Criminal Justice who came up with the idea. Kennedy said the aim of the program is to reduce violent crimes by reaching out to the “tiny minority” of city residents who commit them.

Read more about the rehabilitative properties of pizza.