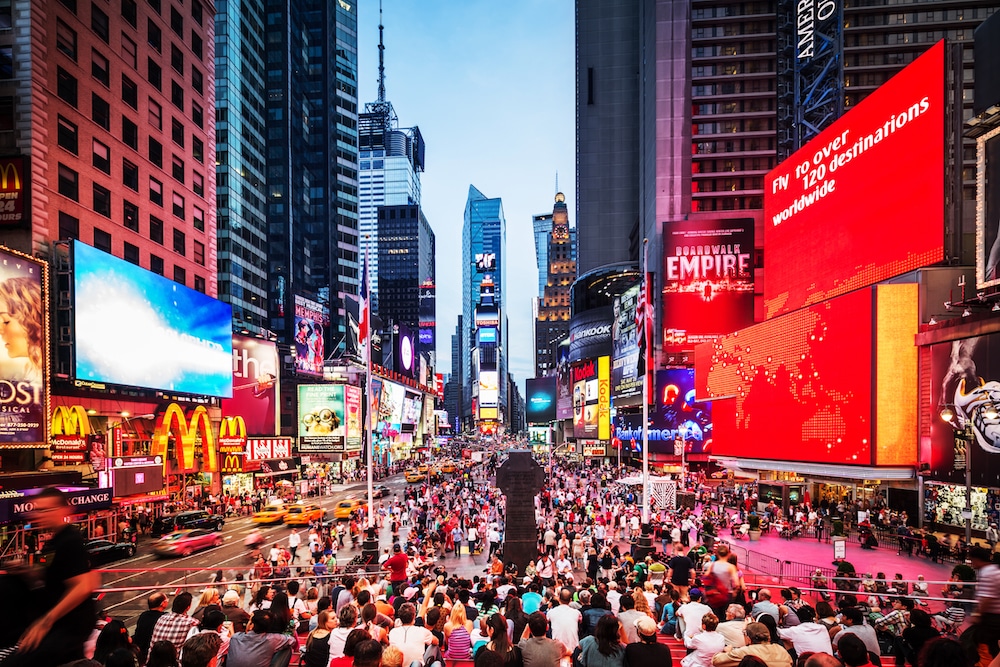 Franchise owner Robert Cookston’s Domino’s store, located on 40th Street and 7th Avenue, earned coverage in the New York Post with his inflated pizza prices on December 31. Store employees delivered pizzas throughout the day to revelers gathered to watch the ball drop in Times Square. According to the Post, the Domino’s shop usually sells large cheese pies for $14.49 but charged more than twice that much for his New Year’s Eve deliveries.

De Blasio responded with a tweet that took a shot at Domino’s and corporate chains in general. “Jacking up your prices on people trying to celebrate the holidays? Classy, @dominos,” De Blasio tweeted. “To the thousands who came to Times Square last night to ring in 2020, I’m sorry this corporate chain exploited you – stick it to them by patronizing one of our fantastic LOCAL pizzerias.” 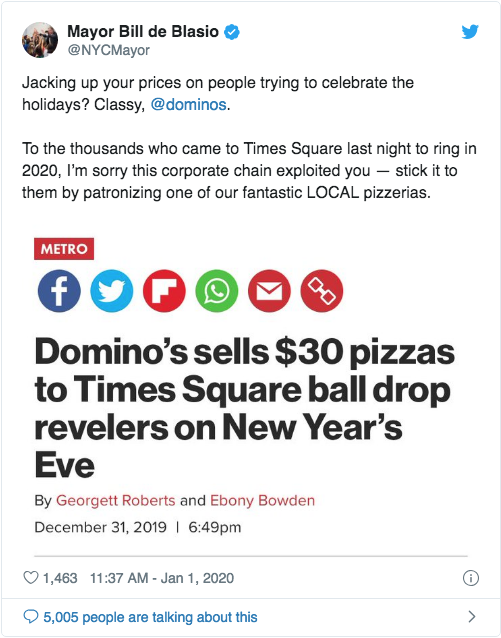 But many of the Times Square partiers weren’t complaining, according to the Post. Amit Zanwar of New Jersey called one of the Domino’s delivery employees “our Santa” after shelling out $33 for a cheese pizza. “It’s absolutely worth it,” Zanwar told the Post. “It was hot. It seems like it just came out of the oven. If he comes back, I will buy some more.”

Francisco Patalano, who was visiting Times Square from Fort Polk, Louisiana, told the Post that the $30 pizza was “totally worth it,” adding, “More people should do it.”

Some Twitter uses also rallied to the Domino’s franchisee’s defense, according to a New York Post follow-up article. Matthew Baden tweeted, “How is this different [from] a million other things? Airlines, Uber, property. It’s called supply and demand.”

The Post also quoted a Queens resident, Sarah Reyes, who took the price hike in stride. “What’s wrong with Domino’s cashing in?” she told the Post. “Everyone else was doing it last night. The mayor has more to worry about. How about he fixes the trains?”

According to the Post, Cookston “has at times owned more than two dozen [Domino’s] franchises” and “has settled at least two suits that accused him of underpaying workers.”