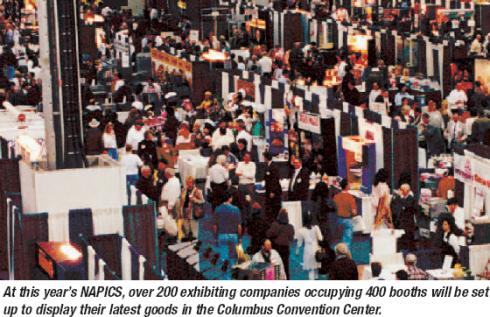 Pizza will be the center of attention when the North America Pizza & Ice Cream Show (NAPICS) comes to the Greater Columbus Convention Center February 8-9, 2004. Show organizers are expecting as many as 10,000 attendees, making the event the largest pizza-centered tradeshow in the eastern U.S.

NAPICS is an outgrowth of the 11-year-old Mid-America Restaurant, Soft-Serve & Pizza Show. With more than one-fourth of the nation's 63,000 pizzerias located in Ohio and the five contiguous states, show organizers saw the need to expand the pizza and ice cream and focus the event. 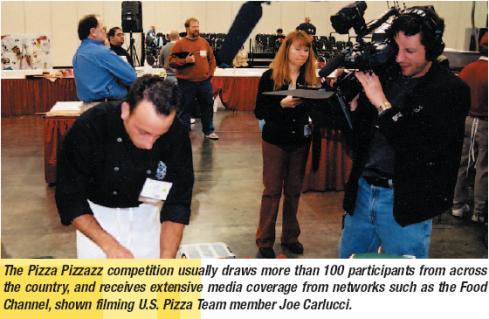 "With the growth in the number of regional foodservice distributor shows, attendance at mainstream restaurant industry shows is in a general decline," said Ann Reichle, NAPICS chairwoman. "Attendance at niche shows such as those centered on pizza and ice cream, however, is increasing. Focused shows like these allow attendees to address their specific needs quickly."

More than 200 exhibiting companies occupying 400 booths will display and demonstrate their latest wares, foods and beverages in the main exhibit hall of the Columbus Convention Center. Along list of business-booming seminars designed to help pizza and ice cream operators rev up their businesses and increase profits is under development. In these sessions operators will find advice on marketing, labor management, lowering food cost, menu development and much more.

NAPICS also will host the tenth annual Pizza Pizzazz competition. As in previous years, the event is expected to draw nearly 100 pizza makers from all over the country to compete for the titles of best Traditional Pizza and best Gourmet Pizza. Winners will receive cash prizes and all-expenses-paid trips to the World Pizza Championships in Salsomaggiore, Italy where they will compete as part of the U.S. Pizza Team. 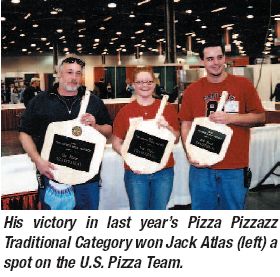 In addition to the winners of the Pizza Pizzazz, the U.S. Pizza Team will also select three members at the U.S. Pizza Team Tryouts at the NAPICS show to compete in the acrobatic categories in Italy. The three categories of competition are: fastest pizza maker, largest dough stretch and freestyle dough tossing. The winners in each of these categories will win a spot on the team and trips to Italy to compete at the World Pizza Competition. For complete rules and registration on the acrobatic tryouts, contact Caroline Felker at 662-234-5481 ext. 125 or email caroline@pmq.com. You can also visit www.uspizzateam.com and www.worldpizzachampionship.com for more information.

If you think winning a trip to Italy is enough to compete in the Pizza Pizzazz or U.S. Pizza Team tryouts, consider this; nearly everyone who has earned a spot on the team has gained enough popularity and publicity to open their second or third locations. Everyone we have spoken with has said the surge in business following winning the Pizza Pizzazz or competing in Italy was phenomenal. Local newspapers have ran cover stories on their business, local and regional television stations have aired news stories on them and radio stations from as far away as Florida have called pizzeria owners in Ohio asking about their performances. This year could be your chance.