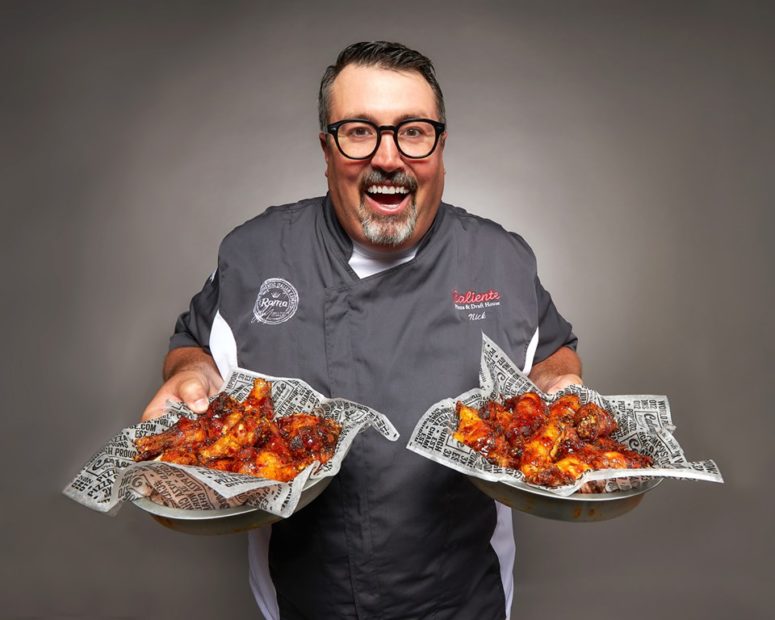 When Nick Bogacz, owner of the five-store Pennsylvania chain Caliente Pizza & Drafthouse, promised last year to raise $20,000 for a Honduran nonprofit focused on educating impoverished children, he had no idea the COVID-19 pandemic was on the way. But he still honored his pledge, providing funds for about a third of the organization’s operating budget.

According to the Pittsburgh Post-Gazette, Bogacz grew up with Beth Wentz, who cofounded Dream Big Honduras with her husband, Brad Wentz. Bogacz and Beth played together outdoors with other kids in their cul-de-sac neighborhood and remained in touch as adults.

The Wentzes started Dream Big Honduras after a church mission trip to Pinalejo, Honduras, in 2010. The organization operates a kindergarten, tutoring programs and a food bank and partners with medical mission teams to provide healthcare to Hondurans in need.

Bogacz had been keeping up with the nonprofit through its Facebook page and has raised funds for it through pizza and gift card donations in the past. His daughter even collected shoes for Dream Big Honduras as a senior project in high school. But when Bogacz saw a Facebook post in early 2020 asking for financial support for the organization’s “Keep the Lights On” campaign, Bogacz resolved to go bigger with his support. He pledged to donate $20,000 throughout 2020 to Dream Big Honduras because he knew and believed in the Wentzes.

“Beth and Brad both … have the heart of a giver,” Bogacz told the Post-Gazette. “Sometimes with nonprofits, you don’t really know where the money goes, but we knew 100% they were really committed. Anything we give goes to the right place, and they see to it.”

But by the spring of 2020, the pandemic had begun wreaking havoc on the American economy, forcing Bogacz to shut down dine-in service temporarily at all five of his stores. He continued doing a bang-up takeout business, but sales still suffered. Even so, he wasn’t going to renege on his pledge. “When COVID happened in March, we were looking at everything we could cut back on, and we said, ‘This isn’t one of those things we can cut back on.’ It was too important to do,” Bogacz said in the article.

Caliente Pizza & Drafthouse has embedded itself in its communities, which include Bloomfield, Hampton, Mount Lebanon, Aspinwall and Monroeville. Bogacz makes sure to provide local sports and schools with donations whenever asked. He told the Post-Gazette that his customers repaid him for that support during the pandemic. “If we give back to those communities, then the community will really care about us—that was really apparent during COVID,” he said. “It was tough, but our customers came back in droves to support us, and it was a really nice feeling.”

Meanwhile, Honduras was having its own problems, not only with the pandemic but with two Category 4 hurricanes that hit two weeks apart in November. Thirteen of the 80 families who participate in Dream Big Honduras programs were left homeless, and the project’s kindergarten building was turned into a shelter for impacted families. Some are still living there now, the Post-Gazette reports.

Funds raised by Caliente Pizza & Drafthouse were essential to keeping Dream Big Honduras in operation during a very difficult year, the Wentzes said. “[Bogacz) and his wife just have such a big heart to bless people,” Beth Wentz said. “When he hears the stories about the kids not having shoes or medical care, it just means a lot to them.”