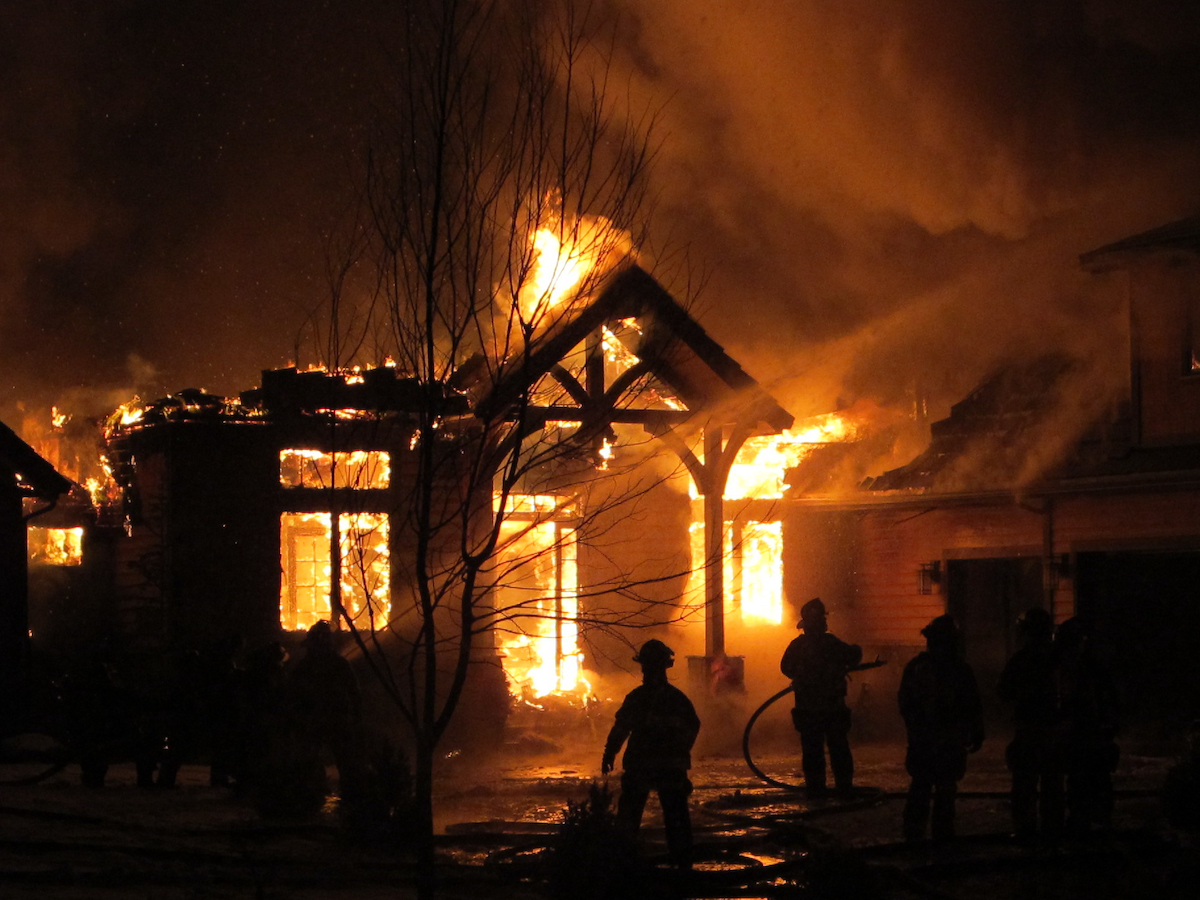 When flames engulfed a Lafayette, Indiana house occupied by a teenager and four children, Nicholas Bostic, a delivery driver for a local Domino’s, happened to be in the right place at the right time. But he also displayed courage and fortitude that had nothing to do with luck or coincidence.

As ABC7 reports, Bostic, 25, was driving by around 12:30 a.m. last Monday when he saw the house on fire. He didn’t have his phone with him, so he couldn’t call 911 for a rescue unit. Instead, he did the rescuing himself.

He ran inside and raced up the stairs, where he found four young people trapped by the flames—an 18-year-old, two 13-year-olds, and a 1-year-old. He led them safely down the stairs and outside, only to find out there was still more danger to be faced.

“I asked them if anybody was left in there—and that’s when they told me that the six-year-old was,” Bostic told ABC7.

By this point, the fire had continued to grow, and the smoke was thick—too thick for visibility inside the house. But Bostic ran back in anyway. He said the heat was overwhelming—and frightening—but after a few moments, he heard the little girl whimpering.

“I took a deep breath. I ran down there, and I closed my eyes, led with my hand and used my ears to sense out where the child was crying from. I snatched the baby up [and] put her in my arms,” Inside Edition reports Bostic as saying. He then punched out a window so they could escape the conflagration. Once outside, with all of the occupants accounted for and safe, Bostic collapsed on the ground.

Bostic was hospitalized for severe smoke inhalation and a serious cut on his arm but has since been released. The children are all doing well, ABC7 reports.

Lafayette Police Lt. Randy Sherer praised Bostic’s actions as “heroic,” while the city released a statement noting he had “impressed many with his courage, tenacity and steadfast calmness.”

Bostic said he has been welcomed as part of the family by the children’s parents, who want to take him out to dinner. “I’m glad I was there at the right time, the right place,” he told ABC7.

But Bostic said he would do it all over again if he had to. “I knew what I was risking. I knew the next second, it could be my life. But every second counted.”