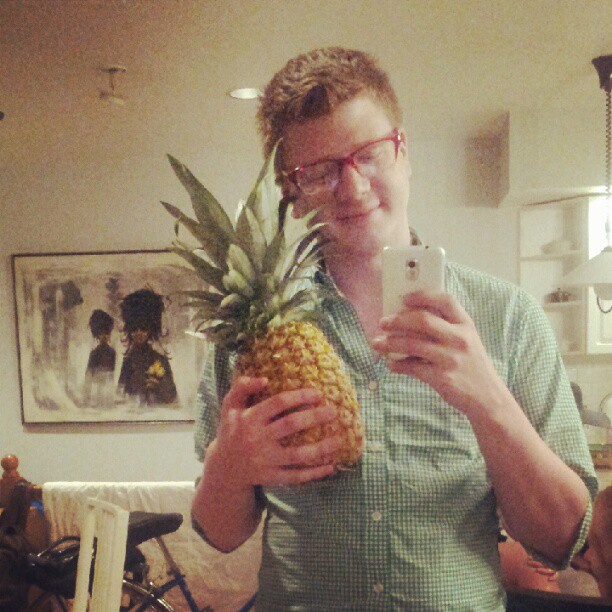 In the spirit of giving this holiday, we wanted to introduce you to one good Samaritan who uses pizza to spread joy—and he does it via Twitter. Meet Sam Howe, known as @melip0ne on Twitter, a pie-loving philanthropist who found that giving pizza to hungry tweeters could bring people from all over the world together.

Originally from Mamaroneck, New York, Sam now lives in Brooklyn and orders pizza for his Twitter friends every Friday. All they have to do is agree to it, and he places the order. The lucky recipients can be from anywhere. Sam chatted with PMQ Pizza Magazine about his charitable cause recently.

First, what are Pizza Fridays?

Every Friday I get a pizza pie for one of my Twitter pals. This is generally the answer I give when asked: It started when one of my pals on Twitter, @laineydiamond, tweeted something about not having lunch or dinner. I don't entirely remember what she said. I wanted to get her lunch/dinner, and that's when I first thought, “Wait a minute, I could probably send her a pizza from here (NYC).” She lives in Michigan. It felt so good getting her a pizza that I decided to do it every Friday for a person at random (almost, anyway) for no other reason than that it was weird/cool.

When did Pizza Fridays start?

The first Friday of February 2013.

Is there a special hashtag for this?

No. It's not really about me—it is about the recipient.

How do people get selected for you to buy them a pizza?

There are no real rules or regulations. I just pick. The only requisite, I guess, would be that we follow each other and we interact.

Are the recipients limited by location?

No! Mostly the recipients are in the U.S. The first recipient outside of the U.S. was in Canada. It was a bit more difficult to get it done out of the country at first, but since then I have gotten pizzas for Canadians many times with little to no trouble at all. The furthest I have sent one (so far) is Scotland. That was really cool. I have someone in Australia coming up soon, which I am very excited about.

Where do you get the funds for this?

How do you feel when you get something in the mail? Not junk or spam, but something real? I know it makes me feel super special even if it's something I ordered myself. I wanted to be able to make everyone feel like that, even if it’s for just part of one day. If I can achieve this with a pizza for $20, I'm more than happy to do it. And who doesn't love pizza?

Think about it like this: It's Friday, you're pumped for the weekend, and some 'stranger' from the Internet wants to get you a large pizza pie – how ridiculous is that? How cool is that? How would that make you feel? Pretty great is what I imagine. It makes me feel great too. I don't do it to be ostentatious. It's not even about me at all. It's all about the simple fact that you can send a pizza to anyone, anywhere, at almost any time and make people feel special and happy. Part of the fun for me is explaining to whoever is taking the order exactly what I’m doing. Some people ask why, some people are confused, and some people just say “Wow, that's rad!” It's really an enjoyable experience for anyone involved.