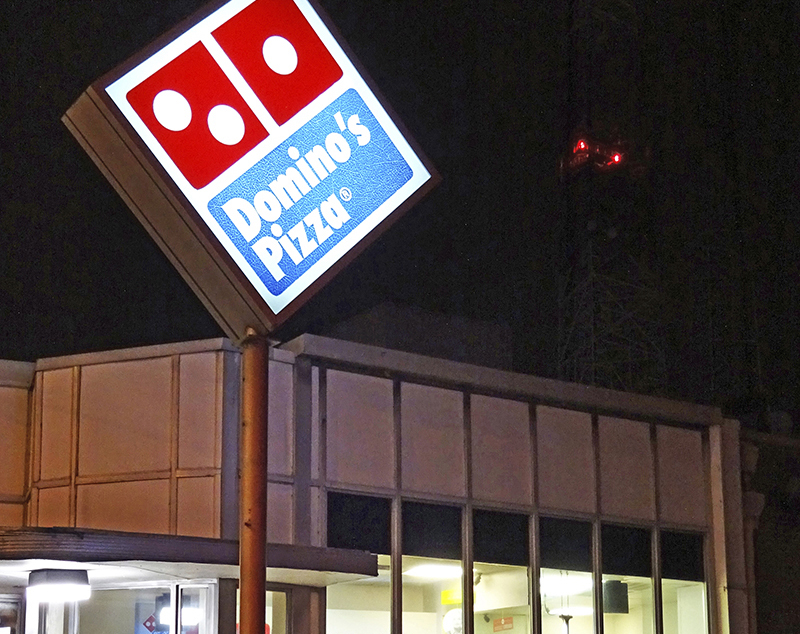 In a lawsuit filed on Tuesday, May 24, New York Attorney General Eric T. Schneiderman accuses Domino’s corporate office and three franchisees of underpaying employees by at least $565,00 at ten stores around the state. As USA Today reports, the lawsuit is Schneiderman’s latest attack on companies suspected of underpaying low-wage workers, but the first time he’s gone after a corporate franchisor.

According to the New York Times, the lawsuit alleges that a computer system used by Domino’s franchises in New York “systematically undercounted hours worked by employees, shortchanging them hundreds of thousands of dollars.” It claims that Domino’s executives forced franchisees to use the computer system, even though they knew it was flawed. “Domino’s corporate executives knew about the violations, denied responsibility and failed to take action,” Schneiderman said in a statement released to the press. “For the first time, we will prove that the Domino’s corporate franchiser is legally responsible for rampant wage theft occurring at its stores.”

Domino’s released its own statement and called the lawsuit baseless. “We were disappointed to learn that the attorney general chose to file a lawsuit that disregards the nature of franchising and demeans the role of small business owners instead of focusing on solutions that could have actually helped the individuals those small businesses employ,” the company said.

This isn’t the state’s first legal attack on Domino’s store owners. In 2014, the attorney general won a lawsuit alleging wage theft against 23 Domino’s stores in New York and secured $448,000 in restitution for workers.