Report: Restaurant Jobs in NYC Down by 45 Percent Since February - PMQ Pizza Magazine 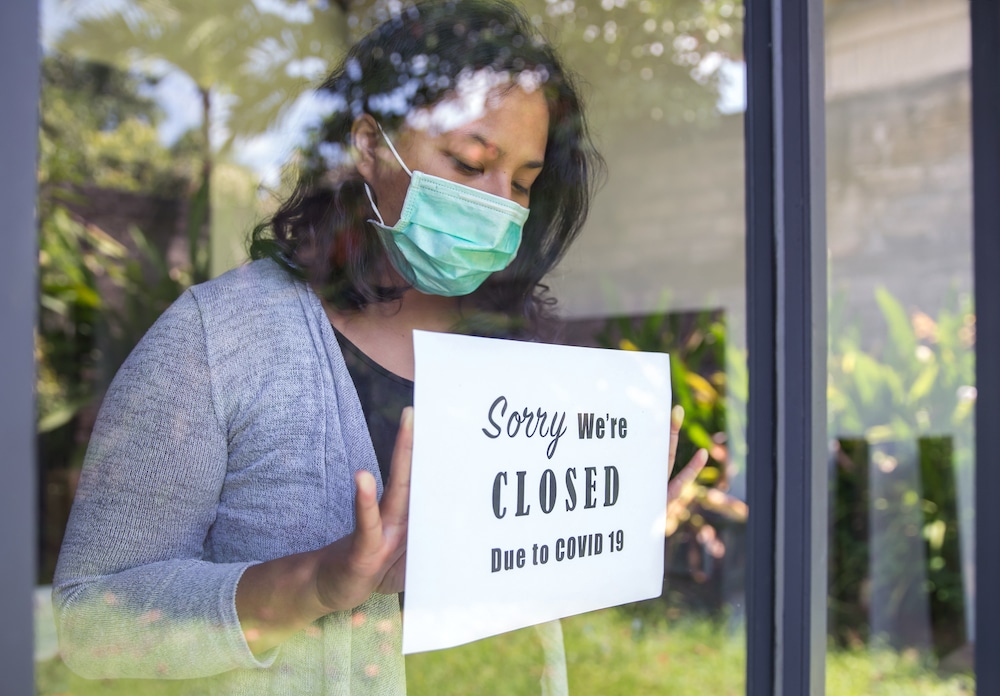 The COVID-19 pandemic and resulting government-imposed dining restrictions have caused “unprecedented upheaval” in New York City’s restaurant industry, according to a report from the state comptroller’s office.

The number of restaurant jobs in New York City plummeted from 317,800 in 2019 to just 91,000 as of April 2020. By August of this year, as restrictions were loosened, restaurant employment in the city rose to 174,000 jobs. But that’s still only 55 percent of the industry’s employment level in February before the pandemic hit, the report states.

“While there are indications that revenues for open restaurants improved since their low point in March 2020, many establishments are still struggling, and others remain closed,” the report notes.

Additionally, the New York City Council passed a bill that allows restaurants to add a COVID-19 “recovery charge” of up to 10 percent to a customer’s bill, although carryout and delivery orders are exempted. The mayor is expected to sign the bill.

“On average, 44 percent of restaurants have used outdoor seating, suggesting reduced operations and closures are significant and may continue if further operational or financial support is not forthcoming,” the state comptroller’s report said.

In 2019 there were 23,650 restaurants in New York City, providing 317,800 jobs and paying $10.7 billion in total wages. These restaurants generated nearly $27 billion in taxable sales, the report says. “Prior to the pandemic, from 2009 to 2019, jobs in the restaurant industry grew by 61 percent and establishments grew by 44 percent, double the overall rate of growth.”

With the onset of the pandemic and government restrictions meant to safeguard the public and curb the spread of the virus, the city’s restaurant industry took a nosedive. Restaurateurs have argued that the city had not put into place the necessary measures to prevent restaurants from closing down. While many operations switched to offering carryout and delivery only, along with take-home meal kits, that hasn’t been enough to keep some of them afloat.

“Estimates of the potential permanent closures of city restaurants and bars over the next six months to a year have generally ranged from one-third to one-half of all establishments that existed before the pandemic,” the report says. “At the high end, that could result in a permanent loss of nearly 12,000 of the city’s restaurants and bars and nearly 159,000 jobs, although the opening of new restaurants would mitigate some of these losses.”

The U.S. House of Representatives last week passed an updated version of the HEROES Act, a $2.2 trillion plan that includes improvements to the Paycheck Protection Program and $120 billion in direct relief for restaurants. The relief funds would be provided as grants that don’t have to be paid back. Grants would be awarded based on “the difference between the business’s 2019 revenues and estimated 2020 revenues for each quarter.” The bill prioritizes grants for restaurants with annual revenues of less than $1.5 million and specifically targets restaurants operated by women and minorities.

It remains to be seen how the legislation will fare in the Republican-controlled Senate. The bill’s original author, Rep. Earl Francis Blumenauer (D-OR), has said it has some bipartisan support and that there are “40 senators on board” with the bill.

Senate Majority Leader Mitch McConnell, who controls the fate of any legislation in the Senate, has called the $2.2 trillion figure “outlandish.”